Quashawn Toler puts nightmare 2020 behind him, looks to impress in U.S. ring return 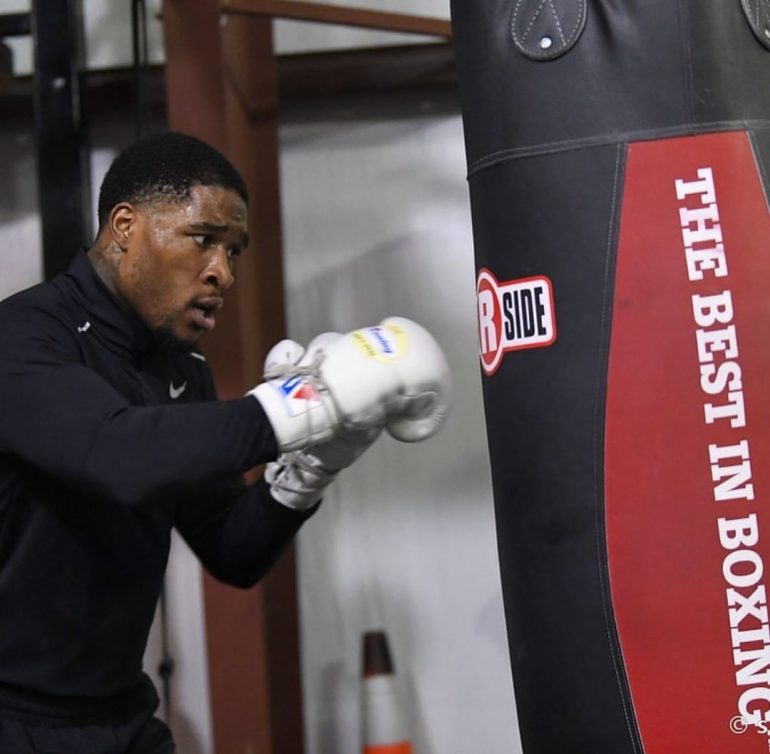 Quashawn Toler lived a nightmare two-day stretch during the opening days of 2020. His brother passed away and the following day, Toler suffered his first defeat as a pro.

Toler took some time away from the sport, which also took place during the COVID-19 pandemic, and wants to prove one loss will not dictate his career.

Toler (15-1, 11 knockouts), who resides in Cincinnati, Ohio, has been active this year. Saturday will mark his fifth fight and his first in the United States and having fought in Colombia. In his last bout on September 25, Toler stopped Arley Carabali in the seventh round. The victory over Carabali took place four weeks after Toler stopped former fringe contender Aristides Perez in the second round.

The 30-year-old is glad the activity and the fights he fought in Colombia has paid off and hopes to carry that momentum into the Smith fight.

“I’ve been very active this year,” Toler told The Ring Wednesday evening. “My goal was to stay busy and to stay focused. My team and I wanted that to be a priority. I have traveled abroad to Colombia. I love the culture and hard-nosed fighting style. It allowed me some opportunities that were lacking here in the States. I’ve done my best to take advantage of those opportunities. This will be my fifth straight fight this year and my fifth win on a winning streak. I feel strongly about my solid winning streak.”

Toler was an unbeaten fighter until January 3, 2020, when he lost a unanimous decision to Clay Collard, the mixed martial arts fighter who ran a winning streak inside the Top Rank ‘Bubble’ later that year. Toler had a heavy heart going into the Collard fight as his brother, Eugene Hafford, passed away the day before due to gun violence

Having spent a year away from the ring to grieve for his brother and not being able to fight due to the COVID-19 pandemic, Toler slowly returned to the gym, attending a management team. It has worked thus far and Toler has found more peace and structure in his life and career.

“Since my loss to Clay Collard, I’ve learned a lot,” said Toler, who is managed by Nate Morris. “I learned a ton from that fight. Mainly not to react and move off of emotions. I still fought that fight the day after my brother died. I make no excuses, but by no means was my mental state acute enough to compete. Me being the warrior I am, (I) just wanted to fight. Fight anyone or anything. However, that loss has made me a better fighter. I learned to stay hungry (and), to not let anyone take away your opportunities at greatness.

“I’ve been staying in the gym, (also) added NorthEnd Management to my team. Blessed to have people in my corner that are gonna push me more and keep me focused, inside the ring and out.”

Toler hopes a statement win over Smith (11-4-1, 4 KOs), who has lost three of his last five fights, will open more doors for him, particularly here in the United States. He believes he is the future of the division and is willing to fight any welterweight in the sport.

“I know that the welterweight division is stacked right now, one of the best weight classes in boxing,” said Toler. “I push forward to make my name a big one in the division. Boxing needs someone like me, willing to risk it all for glory, legacy, and future. Will me knocking Smith out send a message? I believe so, but let’s be honest. I’m top-level ready. Smith (is) just in my way. I’ll have to move him just so they can see me clearly.

As he strives to accomplish his goals in the ring, Toler also has his sights set on fulfilling personal goals outside of it.

“My goal for 2023 is to make boxing my life, job and all. To put myself and my family in (a) better position, take the steps necessary to complete the legacy I’ve always known was waiting for me.

“I have set goals that I plan on bringing to reality. Being a hero to my community, striving to give others opportunities to make it out by being a good leader and a positive example.”