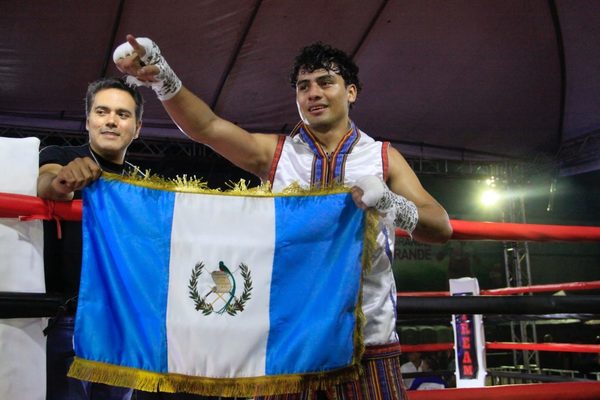 Lester Martinez is finding it difficult to have any of the top fighters at 168 pounds face him in the ring.

Martinez (13-0, 11 knockouts), who resides in Guatemala City, Guatemala, stopped journeyman Jeremie Parks in the second round of his last bout on October 8. The victory over Parks took place over two months after Martinez defeated Rodolfo Gomez, Jr. by unanimous decision.

Tonight will mark Martinez’s fourth fight of this year. Martinez’s team had hoped he was more active, but encountered dead ends as far as viable opponents to face.

The World Boxing Council (WBC) reached out a few weeks ago, offering to put Martinez on the card, which is being co-promoted by Round Zero, Borizteca Boxing, No Boxing No Life, and NPJB Promotions. Tonight’s card will mark the end of the WBC Convention, which was held in Acapulco.

Steven Reid, who promotes Martinez, is grateful for the platform Martinez can utilize to send a message to the rest of the super middleweight division.

“Lester was approached by the promoter of the WBC 60th anniversary convention event,” Reid told The Ring Thursday morning. “(Lester) immediately said yes. An opponent was scheduled but they canceled. Another opponent was (finalized). The team said yes, but the boxer said no. Cristian Rios said yes. This will be a good test for Lester because Rios has only been stopped one time.

“Most U.S, fighters at 168 pounds have refused to fight Lester. They know he is a force to be reckoned with. Lester is coming out to stop Rios so the world will know his punching power.”

The 27-year-old is managed by famed referee Richard Steele.

Rios (23-15-3, 7 KOs), who resides in Buenos Aires, Argentina, last fought on May 29, losing to Esquiva Falcao by unanimous decision. Rios has lost eight of his last 10 bouts, with the most notable defeat coming at the hands of former world titleholder David Lemieux in October 2016.