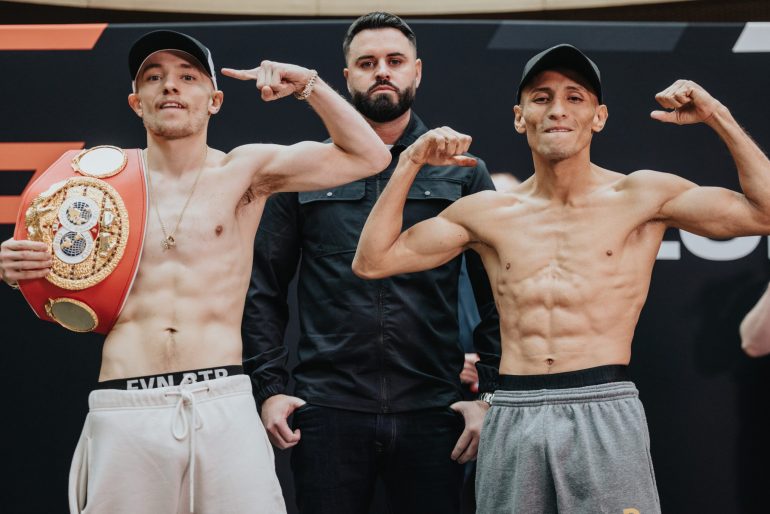 Alvarado, who is rated No. 10 by The Ring at 112-pounds, vacated his world title earlier this year and moved up in weight when he couldn’t secure a unification. He is now in search of more glory at flyweight.

“It is an opportunity that I do not intend to miss out on,” Alvarado (38-2, 33 knockouts) told The Ring through his manager William Ramirez. “Sunny is a good boxer but I have the tools and I’m going to win; you can bet on it.

“I am going with the goal of being world champion and making history in my country.”

The 33-year-old Nicaraguan acknowledges the task in front of him but knows what he needs to do to emerge victorious.

“Very difficult but not impossible,” he said of the puzzle Edwards will present him with. “If we go to a decision, there is no problem but I don’t think [it will] because I throw more combinations.

“Let’s go with the mindset of winning, in my mind there is nothing else.”

Alvarado, who has prepared diligently in the Nicaraguan capital of Managua under the tutelage of Luis Cortez, is well versed in fighting on the road.

Ramirez is looking forward to seeing how their contrasting styles mesh but believes his fighter will ultimately be too strong.

“I believe it is a classic boxer versus puncher match up,” said Ramirez. “My guy knows how to cut the ring [off] and is definitely the harder puncher. I would love to see Sunny try to prove himself and trade with Felix but I don’t think he has the cojones to do it.”

Edwards (18-0, 4 KOs), who is rated No. 3 by The Ring, was a good amateur, winning titles domestically before turning professional in 2016. The quick-footed speedster made his way through the professional ranks collecting various regional belts from the sanctioning bodies.

The loquacious Brit followed his older brother, Charlie, who won a flyweight world title, when he used his expert footwork and fast hands to shock IBF titlist Moruti Mthalane (UD 12). Edwards has since made two title defenses.