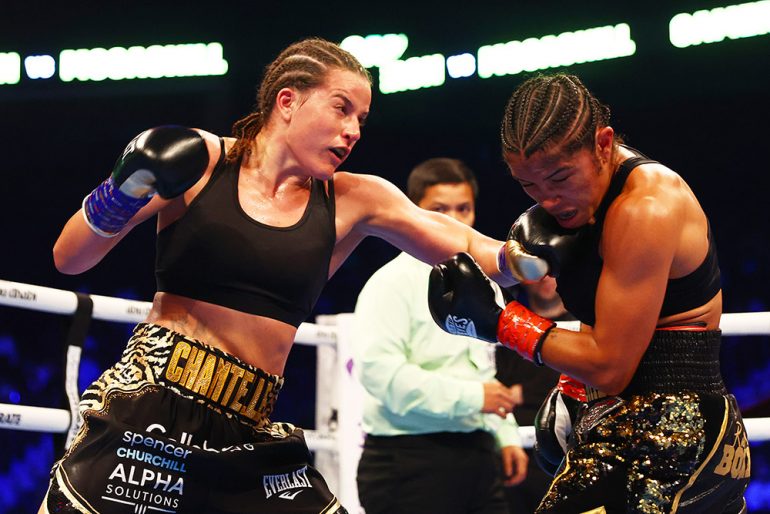 Chantelle Cameron put on the boxing performance of her career against Jessica McCaskill, scoring a hard-earned 10-round unanimous decision over the reigning undisputed welterweight champ on the Dmitry Bivol-Gilberto Ramirez undercard on Saturday in Abu Dhabi.

Cameron (17-0, 8 KOs), who defended the undisputed junior welterweight championship with a brilliant blend of boxing from a distance and sharpshooting when in close, won by scores of 97-93 and 96-94 (twice). 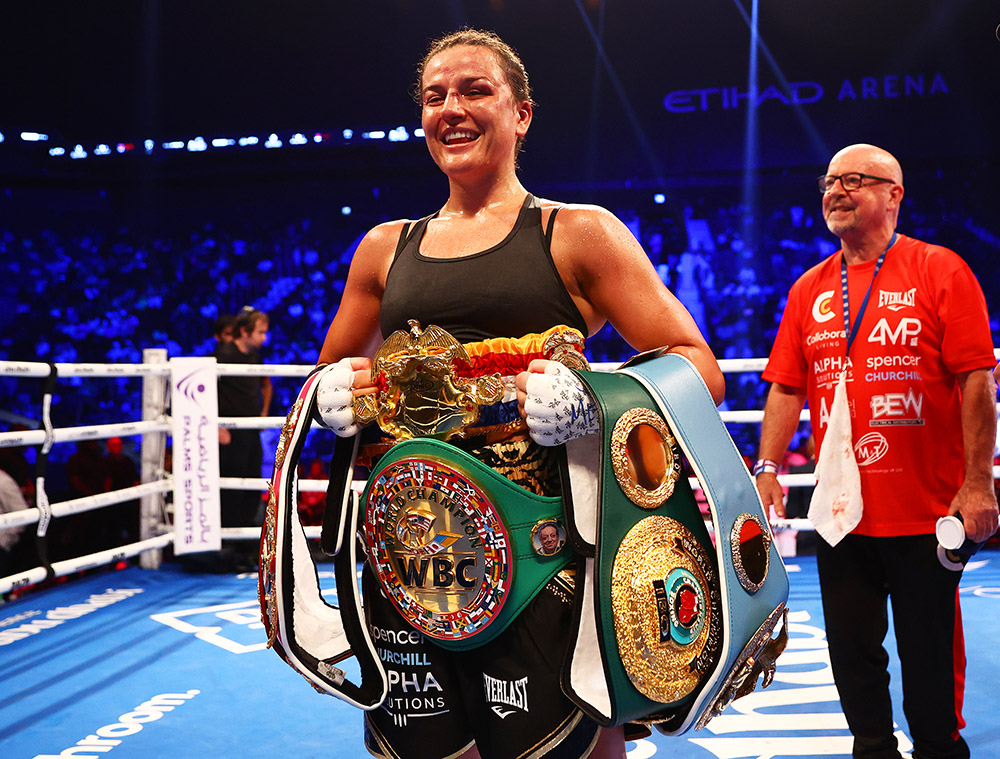 The 31-year-old Englishwoman (from Northampton) had the quicker hands, the cleaner technique and the better defense. She neutralized much of McCaskill’s awkward aggression during the early rounds by controlling the distance with stiff jabs and lateral movement and by beating the harder hitter to the punch when in close, however, the 38-year-old Chicagoan remained a threat throughout the fast-paced bout due to her world-class experience and punching power.

McCaskill (12-3, 5 KOs) appeared off-balance and a bit bewildered during the first half of the bout but gradually climbed her way into the fight and mounted a hard rally over the final three rounds, which saw her land hard and damaging punches to Cameron’s face. However, Cameron remained competitive even during the most heated exchanges.