FIGHTER OF THE WEEK: William Zepeda 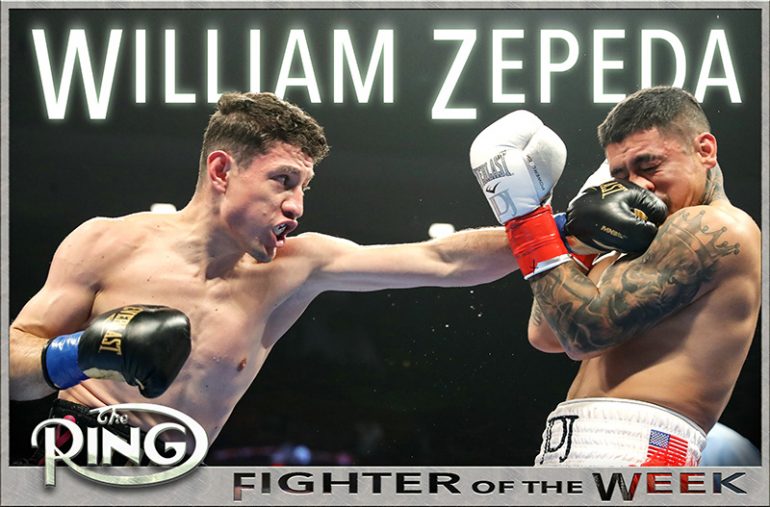 The final Saturday of October was an eventful one for the lightweight division. Katie Taylor defended her undisputed championship in London, former champ Vasiliy Lomachenko returned to the ring in New York City, and two top-10 contenders – Joseph Diaz Jr. and William Zepeda – clashed in San Diego.

Taylor outclassed Karen Carabajal over 10 rounds and Lomachenko grinded out an intensely competitive unanimous decision over Ortiz, whose stock rose dramatically, but the best performance in the opinion of Ring’s editorial board belonged to Zepeda, who dominated Diaz over 12 frenetic rounds.

Zepeda entered the bout as a slight odds favorite but most fans and media viewed it as an even matchup, one that pitted Diaz’s experience and ring savvy against the undefeated Mexican up-and-comer’s relentless pressure.

Zepeda, who turned heads by overwhelming then-unbeaten Hector Tanajara Jr. in 2021, entered the biggest test of his career as Ring’s No. 7-rated lightweight. The 26-year-old volume-puncher passed with flying colors… er, fists. 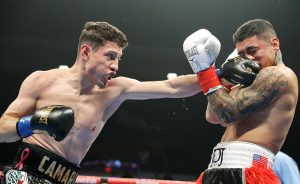 Zepeda’s physical advantages were on display but also tight technique and world-class punch selection, including a constant jab that enabled him to control the distance and set the torrid pace that he maintained for 12 rounds. The contender’s stamina and high-volume attack cannot be understated. He broke the CompuBox record for punches thrown in a 12-round lightweight bout, letting go with 1,536 punches against Diaz, an average of 128 shots thrown per round.

Join us in congratulating Zepeda this week, as well as the future standout fighters of upcoming weeks, as this will be an ongoing weekly honor – along with “KO of the Week,” “Upset of the Week” and “Prospect of the Week”.

Front-runner for the next FOTW has got to be Kenshrio Teraji, who won The Ring junior flyweight title with a sensational seventh-round stoppage of Hiroto Kyoguchi on Monday, but let’s see how the Dmitry Bivol-Gilberto Ramirez and Chantelle Cameron-Jessica McCaskill matchups play out on Saturday.