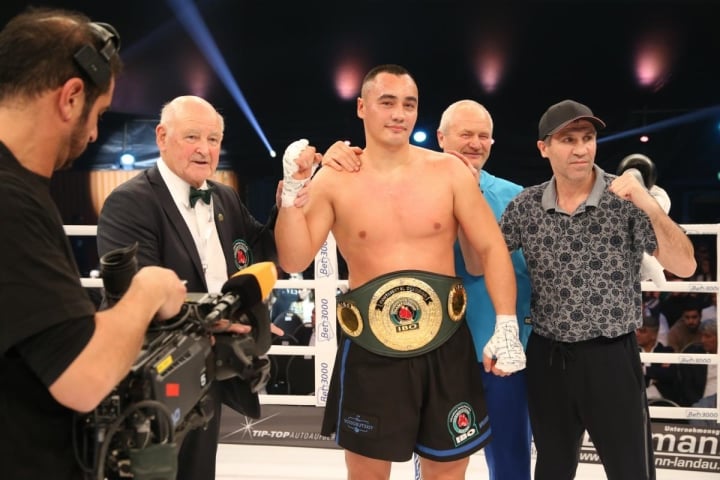 Rising heavyweight Zhan Kossobutskiy will face fellow unbeaten Hussein Muhamed in a scheduled 10-round contest at the Rudolf Weber-Arena in Oberhausen, Germany, on November 5.

The powerful Uzbekistan-born fighter initially fought in one of the old Soviet Union countries before moving to Germany, where he impressively stopped previously unbeaten Agron Smakici (KO 1).

Former IBF super middleweight title challenger Vincent Feigenbutz (35-3, 31 KOs) will look to win his fifth fight since suffering a defeat to Caleb Plant (TKO 10). The 27-year-old German is now operating at middleweight and will face an as yet unknown opponent.

There is also an opportunity for exciting heavyweight prospect Mourad Aliev (5-0, 3 KOs) to climb the ranks when he faces the vastly more experienced Yakup Saglam (46-7, 42 KOs) in a 10-round bout. Aliev is most famous for protesting his DQ loss to Frazer Clarke at the Tokyo 2020 Olympics by refusing to leave the ring.