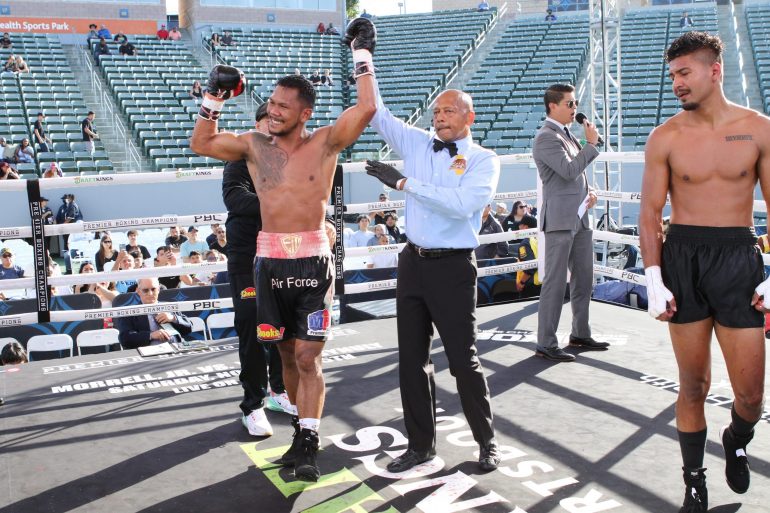 Marcial (3-0, 1 knockout), who represented the Philippines at the 2020 Olympics in Tokyo, used his superior craft and punching power to put Pichardo (8-3-1, 2 KOs) on the defensive for most of the bout, which took place on the untelevised undercard of the Sebastian Fundora vs. Carlos Ocampo card, which is televised by Showtime Championship Boxing.

The cut, which Marcial was caused by an accidental head clash in the second round, hampered Marcial’s vision throughout. It was the latest in a string of early adversity which Marcial has had to overcome in his career.

The fight was Marcial’s first in six months, following his close call against Isiah Hart in April, when he was dropped three times before stopping the journeyman in round four. Marcial also had a tougher than expected pro debut against Andrew Whitfield, whom Marcial beat by unanimous decision prior to the Tokyo Olympics. 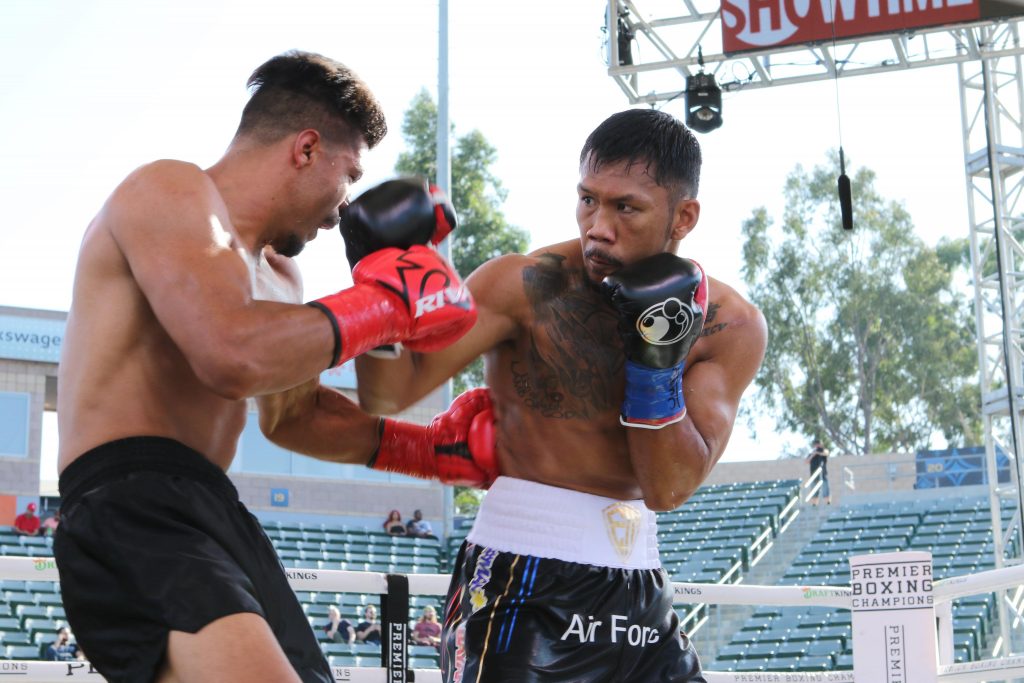 Still, head trainer Jorge Capetillo liked what he saw from Marcial, particularly with his body punching and use of uppercuts.

“I think it was a great performance, I think he improved a lot. I think he was more calm, using the distance,” said Capetillo in a Youtube interview with Cesi Marie.

Marcial is promoted by MP Promotions, which is run by now retired boxing legend Manny Pacquiao. He is also a sergeant in the Philippine Air Force.

Pichardo, also 26, of Gardena, Calif. has now lost two straight but has yet to be stopped.