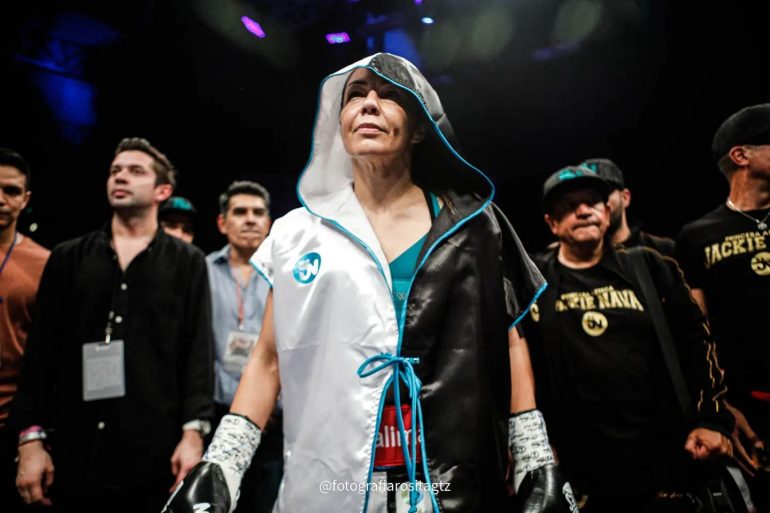 Another eventful weekend of women’s boxing generated a few movements in our trailblazing Women’s Ratings.

In one final bout in front of her adoring fans, women’s boxing legend Jackie Nava finally retired with a win over Argentina’s Gloria Yancaqueo. “The Aztec Princess” was the WBC’s first-ever titlist, and remained a fan favorite and a superbly conditioned athlete throughout her stellar career.

“Jackie is without a doubt one of our greatest practitioners in this sport,” said Rincon Rojo magazine editor Irene Deserti. “Her career has been brilliant and I think she is to be commended for taking on a rival who did not make it easy for her.”

“What a “swan song” for Jackie Nava, whose career defines first-ballot admission to the Hall of Fame,” agreed boxing historian Malissa Smith. “This was no walkover either, Gloria Yancaqueo put everything she had into this fight. She had speed, aggression, defensive and offensive skills, and yet, the warrior Nava pushed Yancaqueo back at points in the fight along with stinging punches in a very fast-paced battle. I think the fight was closer than the scorecards but kudos to Nava for a fabulous career.”

Mark Jones also summarized Nava’s career after her 40th professional win by saying that “(just) like Marcela Acuña last week, Nava is Canastota-bound and is arguably the greatest super-bantamweight of all time.”

With Nava’s exit as our No. 1 in this division, a vacancy was generated and filled by Argentina’s Juliana Basualdo, who has proven that her win over legendary champ Yesica Bopp was no fluke during her 4-0 streak since that major upset.

The new No. 1 in the division is Dina Thorslund, but her position is up for review for a prolonged inactivity at this weight, and she may exit the division soon unless a fight at 122 is announced.

In the lightweight division, another vacancy was created when Terri Harper somersaulted her way to the junior middleweight division. The spot was filled by Uruguay’s Maira Moneo, who defeated Yamila Reynoso during the weekend in another display of explosiveness and power. 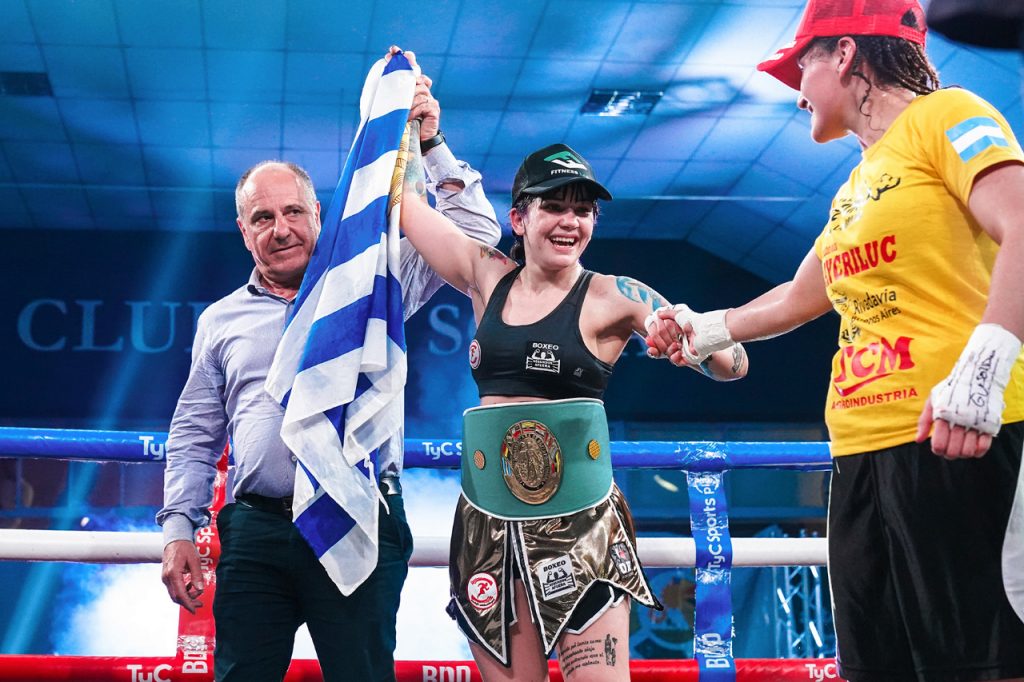 The panel had mixed feelings about bringing Moneo in, but she made the cut anyway.

“The fight with Reynoso was a street fight,” said writer Yesica Palmetta, before acknowledging that “you have to recognize her effort for the physical condition she holds and for being an aggressive fighter” before she finally voted her in.

Smith added that “what little I saw of the fight was sloppy at best, though very active and fast-paced,” and Deserti closing the argument by saying that “I still don’t like Moneo’s style. I see it difficult for her to continue to prosper in any division if she does not improve her defense and apply a more intelligent offense. Considering that Harper is out of this division, it seems only right for Moneo to take this place. This inclusion could speed up a clash with Gutierrez, Mosely or Persoon, allowing us to see where she stands in this division.”

The panel did not mince words in their analysis.

“Christmas came early for Asley Gonzalez, whose mauling style pleased the hometown crowd,” said columnist Mark Jones. “In my estimation, Lourdes Juarez, the far better technical boxer, won six or seven of the ten rounds. However, two of the three assigned judges scored in favor of the hometown challenger.”

“It was definitely a major upset for Gonzalez to take the title from Juarez,” said Lupi Gutierrez-Beagle, in reference to Juarez’s WBC junior bantamweight belt, while Palmetta said that “the fight was close, but the win, in my opinion, was good for González who connected a greater number of accurate blows against the champion.”

Palmetta’s colleague and co-author of “Abran Paso,” a book celebrating women’s boxing in Argentina, concurred by saying that “I am a bit surprised with this result, because Juarez is definitely a more versatile fighter than Gonzalez. Although I don’t think González dominated enough to take the championship from her (for me it was a draw), the truth is that Juárez had to work from long distance, using her good footwork and her laterality, to connect without being connected. In any case, I do not detract from Asley’s performance, whom I had been following closely and she always looks well prepared physically and with a great offense.”

As a result of this, Diana Fernandez became the new No. 1 in the division, with Gonzalez taking No. 2 and Juarez dipping all the way to No. 3. Adelaida Ruiz was bumped out in the process as well.