Died on this day: Terry Downes 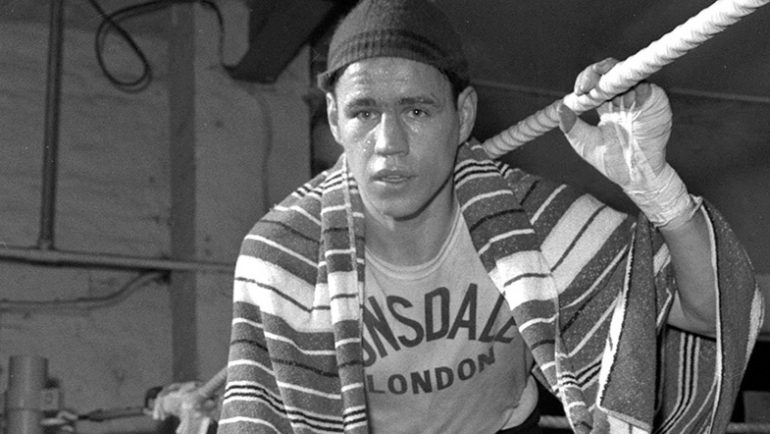 Former amateur star and US Marine. Ring middleweight champ, after beating some of the great ones of his era. Actor, businessman, manager and father. The great Terry Downes passed away on a day like today in 2017.

Terry Downes was born on May 9, 1936 in Paddington, London. He briefly migrated to the United States as a teenager, starting his amateur career and joining the Marines. In spite of his service record, he was deemed ineligible for the US Olympic Team even after winning several amateur titles in the Armed Forces circuit.

He returned to London and turned professional in 1957, and won his first two bouts before running into all-time great Dick Tiger and losing by stoppage in three rounds. A dozen fights later he picked up the British middleweight title with a win over Phil Edwards in 1959.

Two years later, and after a points win over Joey Giardello in England, Downes made his first attempt to lift a world title when he faced Paul Pender in Boston for the Ring middleweight belt. He was stopped in seven rounds, but the bout set the stage for a trilogy that had its second chapter in London one year later, where Downes finally lifted the world title in front of his local fans by forcing Pender to retire at the end of the ninth round with cuts over both eyes.

In the third and final chapter of the trilogy, Pender took the title back the following year, defeating Downes in Boston. Downes then went on to a seven-bout winning streak that included a win over a 41-year-old Sugar Ray Robinson in September 1962.

Moving up to light heavyweight in 1963, Downes took on Willie Pastrano for the world title in Manchester in 1964. The bout was controversially stopped in the 11th round when Downes was ahead on points, and he subsequently retired from boxing with a record of 35 wins, 9 losses and 28 stoppages to his credit.

Downes had a successful on-and-off acting career after boxing, playing the heavy in several films across Europe while being a business owner and a boxing manager as well.