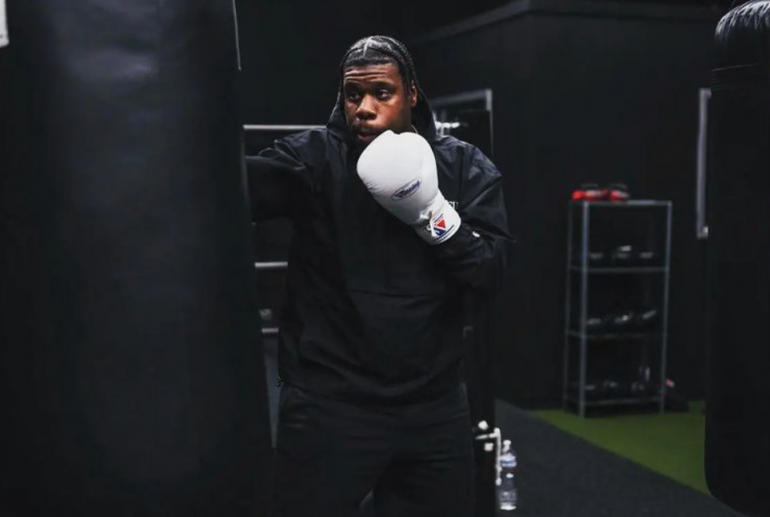 The 6’5” southpaw heavyweight was in total control in round two of his fight last November against Darryl Clark in Philadelphia when he felt a pop in his shoulder after throwing a left hand. It was something he’d experienced before, but familiarity did little to deaden the pain. Starling fell to the ground, screaming in pain, and asked the ringside doctor to pop his shoulder back into its socket. The shoulder was popped in, but not before the referee reached the count of ten, handing Starling his first ever pro defeat.

“I didn’t know the rules that, even if no one threw a punch at you, and you still touch the canvas, they still give you a count. I was just real pissed and mad,” said Starling (4-1, 3 knockouts) on Monday after sparring two amateur boxers in Bayonne, N.J.

Starling’s anger turned to despondency as he considered his options. He underwent a CT Scan, which uncovered a torn labrum. The news was depressing, and Starling had to decide whether to undergo surgery or hope it’d heal with time. His doctor offered him all the clarity he could need with his advice.

“The doctor sat me down and said, ‘If you want to go further with your career, you gotta get the surgery,’” remembered Starling, a five time N.J. Golden Gloves champion.

Starling went under the knife in February, and has endured through physical therapy, stretching and strengthening exercises to get back to fighting shape.

Now the 33-year-old is set to make his ring return after almost a year out, facing an opponent to be named in a four-round bout at the Showboat Hotel in Atlantic City, N.J. The Rising Star Promotions card will be headlined by Emmanuel “Salserito” Rodriguez and will feature N.J. prospects Robert Terry and Saleh Ali on the undercard.

Starling, who was born in London, England to a father stationed there as part of the U.S. Air Force, first put on boxing gloves at age 12 at the Goss and Goss Boxing Club in Trenton, N.J. It was basketball which first dominated his schedule, and Starling eventually played center for the Division III team Brookdale Community College, averaging 6.4 points 3.6 rebounds in 20 games.

It wasn’t until after college, when Starling was looking for a way to keep in shape, that he got serious about boxing. After training for a year straight, Starling finally got into the ring at about age 24. He had approximately 40 amateur fights, with much of his experience coming at the national level, where there were more opponents to face.

Despite his big man appeal, Starling is self-managed and without a promoter. He’s not completely alone in the sport, with trainer Ahman Elliott-Hunter, better known as Coach O, and Jose Benedicto, owner of Hooked Boxing in Neptune City, N.J., where Starling is a personal trainer, to help him along the way. He relies on ticket sales to fund his career, which he sells through his Instagram page.

“I keep fighting, no matter what,” said Starling.

“I still feel like I’m at the bottom and I’ve got a long way to the top.”