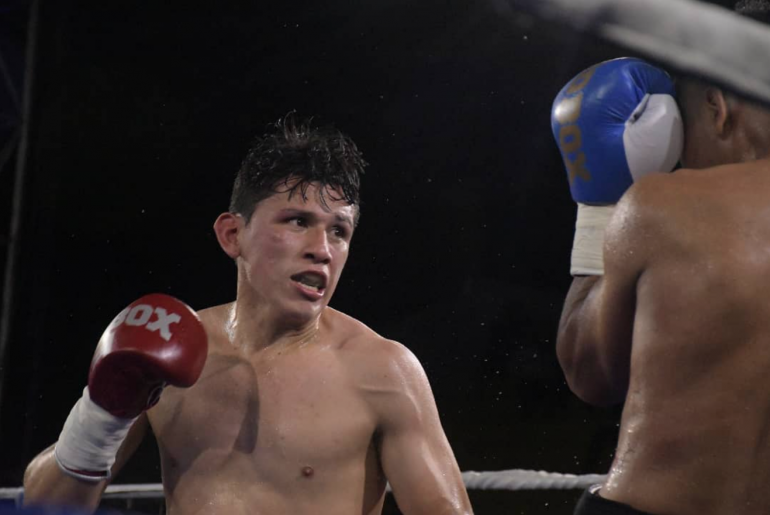 Colombian boxer Luis Quinones died Friday, five days after was knocked out in the eighth and final round of a bout in Barranquilla.

Quinones, whose final record is 10-1 (6 knockouts), had been in a coma since undergoing surgery after suffering a blood clot in his brain during his fight with fellow unbeaten boxer Jose Munoz last Saturday at Coliseo Elias Chegwi. Quinones collapsed to the canvas and was counted out with just thirty seconds remaining in the fight.

The Colombian Boxing Federation announced the news Friday, saying in a statement, “We express our most sincere condolences to all his family. Peace in his grave and resignation to the designs of God.”

Munoz (9-0, 7 KOs), a Colombia-based Venezuelan, had been a sparring and training partner of Quinones, and was devastated by the news.

“I never thought that a dream could turn into a real nightmare,” said Munoz in an open letter which was made public before Quinones’ death.

“The desire to succeed in life put us both on the same path, but because of those things in life and especially the profession we chose, today you are in a situation that we never imagined.

“During the last days, your image does not stop in my head, and I think about the great future that lies ahead.”

Tributes to the fallen boxer flooded Quinones’ Instagram page after his passing. One post, which was posted last December, spelled out the late boxer’s understanding of the sport’s dangers.

“Boxing is the ultimate challenge, there is nothing that can be compared to it. It’s proving yourself the way you do every time you step into the ring,” wrote Quinones.