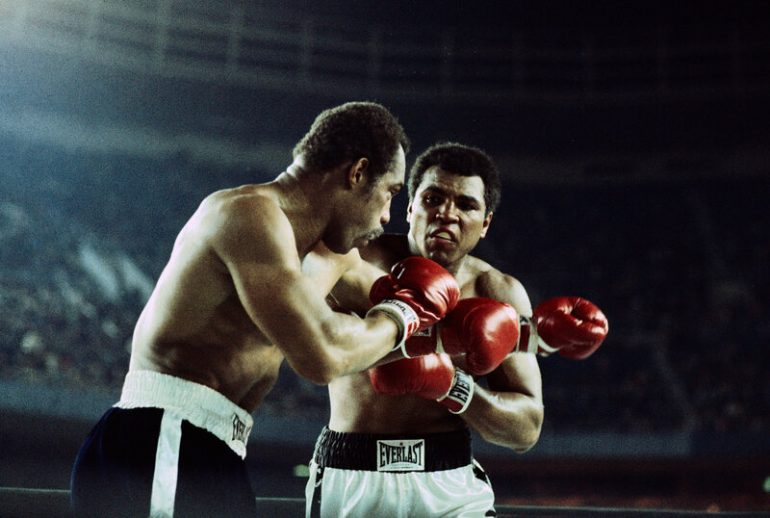 Ali and Norton in their third bout. Photo courtesy of Bettmann/ Getty Images
28
Sep
by The Ring

A legitimate victory in a close fight or a gift from the gods?

On Sept. 28, 1976, Muhammad Ali won a 15-round unanimous decision over Ken Norton to retain the heavyweight championship of the world at Yankee Stadium in New York. Scoring was on a rounds basis and favored the winner 8-6-1, 8-7 and 8-7.

Ali, 34, whipped himself into excellent shape and was confident of scoring a knockout. The champion was 1-1 with Norton, and both of those non-title bouts had gone to the cards. However, “The Greatest” had stopped both George Foreman and Joe Frazier over the past two years and he desperately wanted a stoppage triumph over Norton.

Instead, Ali was lucky to win the fight.

Norton’s style caused just as many problems as it did in the first two encounters. The ex-marine more than matched his opponent’s vaunted jab, he punished the body, and Ali’s rope-a-dope routine was completely ineffective.

By the midway point, Ali knew he was in trouble and utilized all his guile and cunning to edge a few close rounds. However, by the end of the fight, Norton and the vast majority of ringsiders were convinced that a new champion would be crowned.

Not for the first time Ali’s name and star power got him over the line. Five months earlier, Jimmy Young bemused and befuddled a lethargic and out of shape Ali in Landover, Maryland. While Young was guilty of overuse of defensive tactics, Ali struggled to land a punch of consequence.

The reality in 1976 was that Ali was over the hill and ready to be taken.