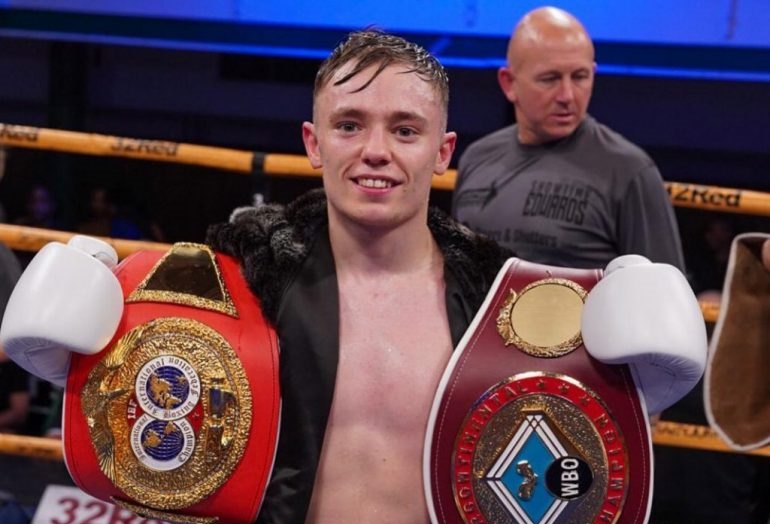 Edwards had hoped to face WBC titlist Julio Cesar Martinez in a unification. The fight was targeted for October 23. However, the Mexican ultimately backed out, leaving Edwards disappointed.

He will now have to contend with big-punching Alvarado, who earlier this year vacated his IBF junior flyweight title and moved up to flyweight, ironically due to frustration at not being able to secure a unification in the lower weight division.

With a unification no longer viable, the IBF decided Edwards (18-0, 4 knockouts) had to instead face Alvarado (38-2, 33 KOs). The sanctioning body gave both sides 30 days from September 8 to broker a deal.

Things were resolved ahead of time, for what figures to be an intriguing style matchup. The defending champion is one of the best pure boxers in the sport, who has grown exponentially after winning the world title, while his Nicaraguan opponent is a no-nonsense seek-and-destroy puncher.

Edwards, who is rated No. 3 by The Ring at 112-pounds, was a good amateur, winning titles domestically before turning professional in 2016. The quick-footed speedster made his way through the professional ranks collecting various regional belts from the sanctioning bodies.

He followed his older brother, Charlie, who won a flyweight world title, when he used his expert footwork and fast hands to shock IBF titlist Moruti Mthalane (UD 12). Edwards, 26, has since made two title defenses.

Alvarado, who is rated No. 10, lost world title attempts to Kazuto Ioka (UD 12) and Juan Carlos Reveco (UD 12) early in his career. “El Gemelo” rebounded with 15 wins to earn a shot at the vacant IBF 108-pound belt. The aggressive 33-year-old stopped Randy Petalcorin (TKO 7) in October 2018 and made two successful title defenses.