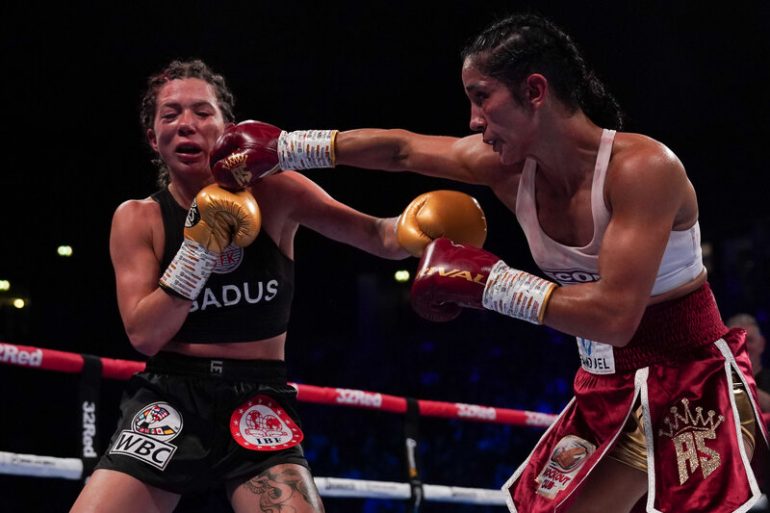 Multi-weight world titleholder and pound-for-pound star Amanda Serrano has long harbored hopes of winning a Ring championship and she finally achieved that by scoring a 10-round unanimous decision over Sarah Mahfoud to pick up the vacant featherweight title at the AO Arena on Saturday. The official scores were 99-92, 97-93 and 97-93.

Serrano, who was rated No. 1 by The Ring at 126 pounds, also added the IBF title to the WBC and WBO versions she was defending. It wasn’t a vintage performance but it was a solid one and the belt collecting continues for the hard-hitting Puerto Rican lefty. She improves to 43-2-1 (30 KOs).

Mahfoud wisely got on the move in Round 1 and attempted to keep the advancing Serrano at bay with the jab. That strategy worked for two minutes but she wasn’t going to get away with it for 10 rounds. 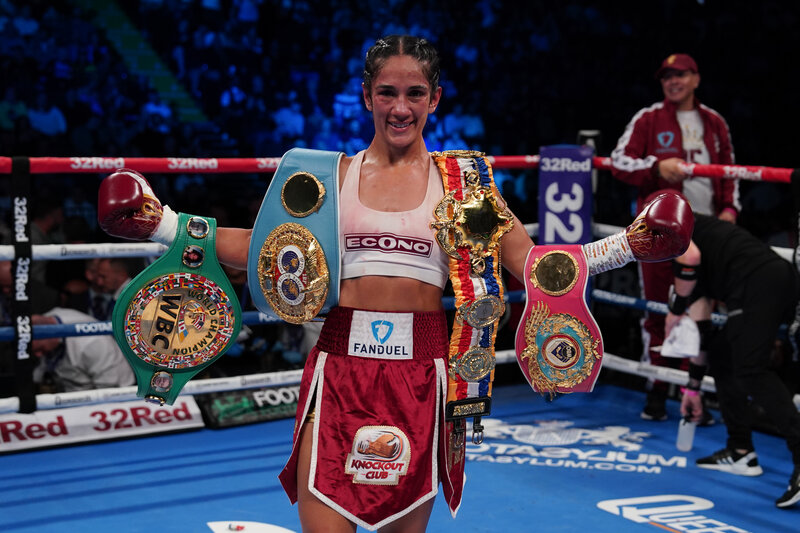 Serrano was a little guilty of following her opponent around rather than cutting off the ring and that kept Mahfoud alive. The IBF titleholder had very little offense and the jab was nuisance value.

Mahfoud landed her best punches in the seventh but the shots barely knocked the sweat off Serrano’s head. It was the same again in the ninth when a right hand-left hook combination caught Serrano coming in.

Given the deficit in experience and power, Mahfoud did very well to last the distance.

Serrano’s amazing ability to weight hop means that she’s never short on options. The 33-year-old southpaw could pursue WBA counterpart Erika Cruz-Hernandez for an undisputed showdown at featherweight, and the rematch with Katie Taylor, who narrowly outpointed her in April, is a guaranteed money spinner.

Mahfoud, who was rated No. 3 by The Ring coming in, was fighting for the first time outside her home country of Denmark. This was her first defeat in a 12-fight career that began in 2017. The 32-year-old was a touch out of her depth in this matchup but she has time to come again.