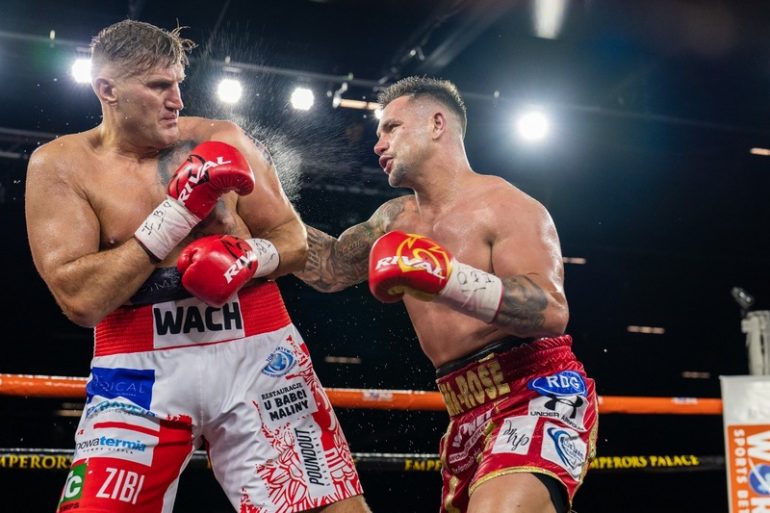 GAUTENG, South Africa – Kevin Lerena hit former world title challenger Mariusz Wach with everything he had but had to settle for a wide 12-round unanimous decision in front of an adoring home crowd Saturday night at Emperor’s Palace. Judges John Shipanuka and Patrick Mukondiwa gave it a shutout at 120-108, with a third score of 118-110 from Tony Nyangiwe.

Wach, who towered over the much smaller Lerena, tried to get some distance with his jab in the first round, but as soon as Lerena snapped the Polish fighter’s head back with a left hook-right uppercut from his southpaw stance, the pattern was set.

Lerena, formally a Ring-rated cruiserweight, started the second by jabbing to the body. Wach tried a hook off the jab but Lerena saw it coming, swerved out of the way, and responded with a thudding right uppercut-left hook. A one-two by Wach in the third triggered an exchange of left hooks which Lerena got the better of. Every time Wach threw something, Lerena came back at him with the quicker, harder, and more eye-catching blows.

A series of massive straight lefts sent Wach stumbling back in the fourth. He somehow turned himself off the ropes and responded with a flurry of left and right hooks which only found air as Lerena ducked underneath. Lerena ended the stanza by smashing in another straight left.

The capacity crowd started a chant of “Kevin! Kevin!” in the fifth and he obliged them by digging some hooks to the body. Wach landed his best punches of the fight, another one-two in the sixth, but it did nothing to deter Lerena, who went back to work and bashed his opponent around the ring.

The seventh was arguably the best of the fight as Wach started fast, landing a straight right. The pair exchanged left hooks. Wach landed a glancing uppercut. Lerena dug in a pair of right hooks downstairs and upstairs. Wach landed a jab-right-left hook combination, but the South African simply came back with quicker, harder shots.

In the 10th, Lerena had the crowd on their feet as he landed straight left-right hook combinations, one after another. The punches sent the sweat flying, but Wach, who showed a lot of heart but little else, wasn’t going anywhere.

Wach came out with a sense of urgency in the last round but every time he touched his opponent, Lerena came roaring back. A right hook made Wach flinch and the follow up straight left-right hook landed flush. Still, Wach just stood there like a monolith as the fight ended with Lerena on the attack.

Lerena did not get the knockout that many thought he would. Still, it was a more dominating win than either Dillian Whyte or Hughie Fury could produce over the same opponent. The South African star doesn’t have the raw power of some of the big names in the division, but his awkward southpaw style combined with swiftness of hand and foot cannot be matched by any heavyweight not named Oleksandr Usyk.

Does Lerena have the makings of an authentic heavyweight contender? Time will tell. 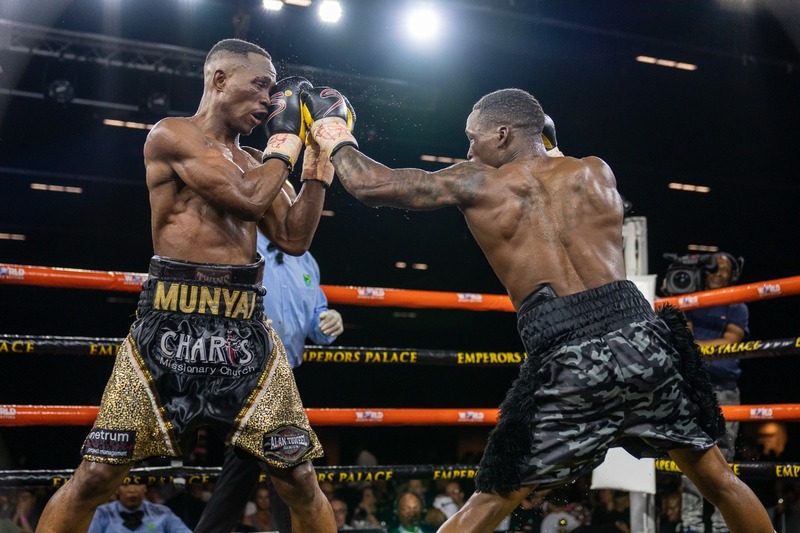 In the main supporting bout, Lusanda Komanisi became the new South African lightweight champion when he won a 12-round unanimous decision over Tshifhiwa Munyai.

In a quiet first round Munyai complained of a thumb in the eye after being caught by a glancing uppercut. Komanisi landed a left hook to the body in the second that backed up Munyai. Komanisi stayed the aggressor in the next round, but the taller Munyai landed a long jab and a glancing right.

Munyai settled down a bit in the fourth and started to weave under Komanisi’s attacks. Komanisi still found a home for his left hook and a chopping right on the inside, but Munyai landed a hard left hook and a right to the head and body.

In the fifth a big right from Komanisi turned Munyai around and a left hook moments later sent him falling back into the ropes.

The sixth featured a lot of mauling before Munyai suddenly landed a right behind Komanisi’s ear that sent him to the canvas for a count. He got up and saw out the round, but Munyai backed his opponent to the ropes in the following round, forcing him to hold.

In the eighth, Komanisi turned things his way again by landing a big right hand and finding a home for his punches on the inside. There were heavy exchanges from both fighters in the ninth, a round that was hard to call.

In the last three rounds Munyai just seemed to want it a bit more. He landed effective uppercuts on the inside, although Komanisi still landed heavy shots of his own, especially with the left hook.

The 11th was a good round for Munyai as he punished Komanisi. The last round featured some tit-for-tat exchanges at the start and end with Komanisi getting on his bicycle in between.

A rematch seems in order.