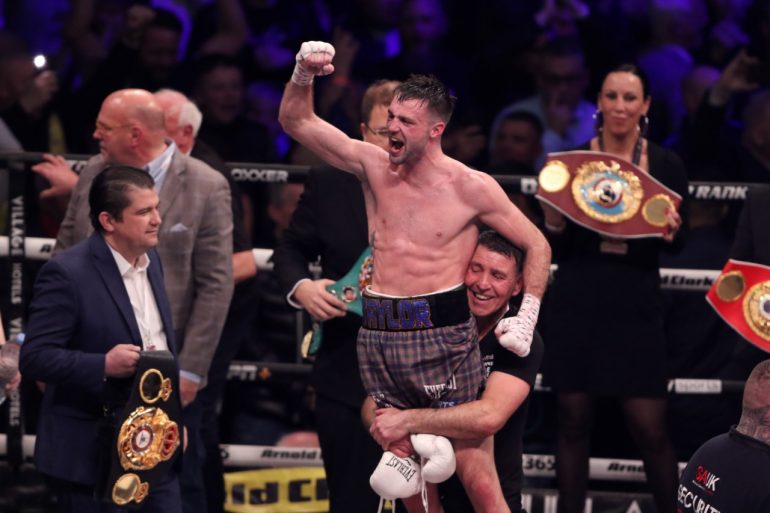 Boxing fandom is as fickle as it gets. One minute, you’re the man of the moment and everyone’s chanting your name; the next, you’re a pariah and no one has a good word to say. Look no further than former two-time heavyweight champion Anthony Joshua. The hard-hitting Englishman was the face of the sport in the U.K. and struggled to put a foot wrong. Fast-forward to a brief post-fight meltdown, following a second defeat to Oleksandr Usyk, and it’s open season on AJ.

The good news is that boxing frequently allows you the opportunity to turn things back in your favor. Joshua will have the chance to fully restore his reputation, and so will Josh Taylor, who is hoping to erase the memory of a highly controversial 12-round split decision win over Jack Catterall at the SSE Hydro in Glasgow, Scotland, on February 26.

Coming into that bout, Catterall was all but written off. Despite a 26-0 record, the Englishman hadn’t mixed with anyone of Taylor’s caliber and this was his first world title fight. By contrast, Taylor, then the undisputed junior welterweight champion, was enjoying one of the finest runs in elite-level boxing: Viktor Postol (UD 12), Ryan Martin (TKO 7) Ivan Baranchyk (UD 12), Regis Prograis (MD 12) and Jose Ramirez (UD 12). Catterall was installed as a 9-1 underdog in a two-horse race.

But as Catterall’s trainer, Jamie Moore, told me weeks out from the fight: “Just because you haven’t fought professionally at a certain level doesn’t mean you can’t compete at that level.” Moore was right. Catterall got off to a great start, popping Taylor with the southpaw jab, landing cleaner punches and marking up the champion.

Taylor came back strong in the second half of the bout, but so much went wrong for him. He was knocked down for the first time in his career, in Round 8, and despite the fact that Catterall was deducted a point for holding in the 10th, Taylor was penalized a point for lashing out with a body blow after the bell to end the 11th.

Both fighters were awarded 113-112 cards, split by a hard-to-believe 114-111 tally in favor of Taylor. The offending judge, Ian John-Lewis, was demoted after the BBBoC had conducted their own investigation into the official scorecards. From my ringside position, I didn’t encounter one writer who felt Taylor deserved the nod. With that said, recent Hall of Fame inductee Andre Ward and The Ring’s own editor-in-chief, Doug Fischer, and others, had Taylor a one-point winner.

The post-fight aftermath got out of control. It’s ok to be upset with a decision, but some fans abused Taylor’s family and that’s crossing the line. The 31-year-old Scotsman isn’t the type to take infringements lightly, so he did what comes naturally and went on the offensive. There was more than one back and forth with Catterall – who had gone from heartbroken to livid – and the bad blood poured through the online community for weeks.

The situation now is that Taylor seeks to avenge a victory and Catterall wants justice. The rematch, while not made officially yet, will hopefully take place before the end of the year.

The Ring caught up with Taylor for the first time since that cold winter night in February:

The Ring: There’s nothing confirmed in terms of your next fight. Where’s your fitness at right now?

JT: “I’m in decent shape and training away. Obviously, after the Vegas fight (Ramirez), I enjoyed the victory after creating history. It’s just that I enjoyed it a little too much. I took too much time off the gym, I ate too much, drank too much, and I put on too much weight. I’ve learned from that mistake and I haven’t done that this time around. I’ve kept training at the gym, ticking over and staying sharp.

The Ring: It’s been a tough time in your pro career. The Catterall result brought out a lot of crazies, people who cross the line between boxing and getting personal. How has that made you feel?

JT: “It’s part of the game. Boxing fans’ opinions change like the weather. After my next fight, when I put on a great display, it’ll be back to ‘He’s a really good fighter!’ I don’t take anything from it.

“What was hard to take was the witch hunt after it. It went totally overboard. The witch hunt was just unbelievable and totally biased. I don’t think it was that bad a decision and I thought it could have went either way. If it went to Jack by a couple of rounds, I wouldn’t have grumbled, but it went to me by a couple of rounds. There was a lot of close rounds in that fight where it was who you prefer. There was a lot of swing rounds. He was holding a lot, cancelling out [the action] and not being combative. If it had went to him, obviously I’d have been gutted. I’d have lost my titles, but the witch hunt after it was really uncalled for. There’s been much worse decisions since that fight. [There’s been bad decisions] on Matchroom shows – terrible – and they just get brushed under the carpet. Nothing gets said about it.” 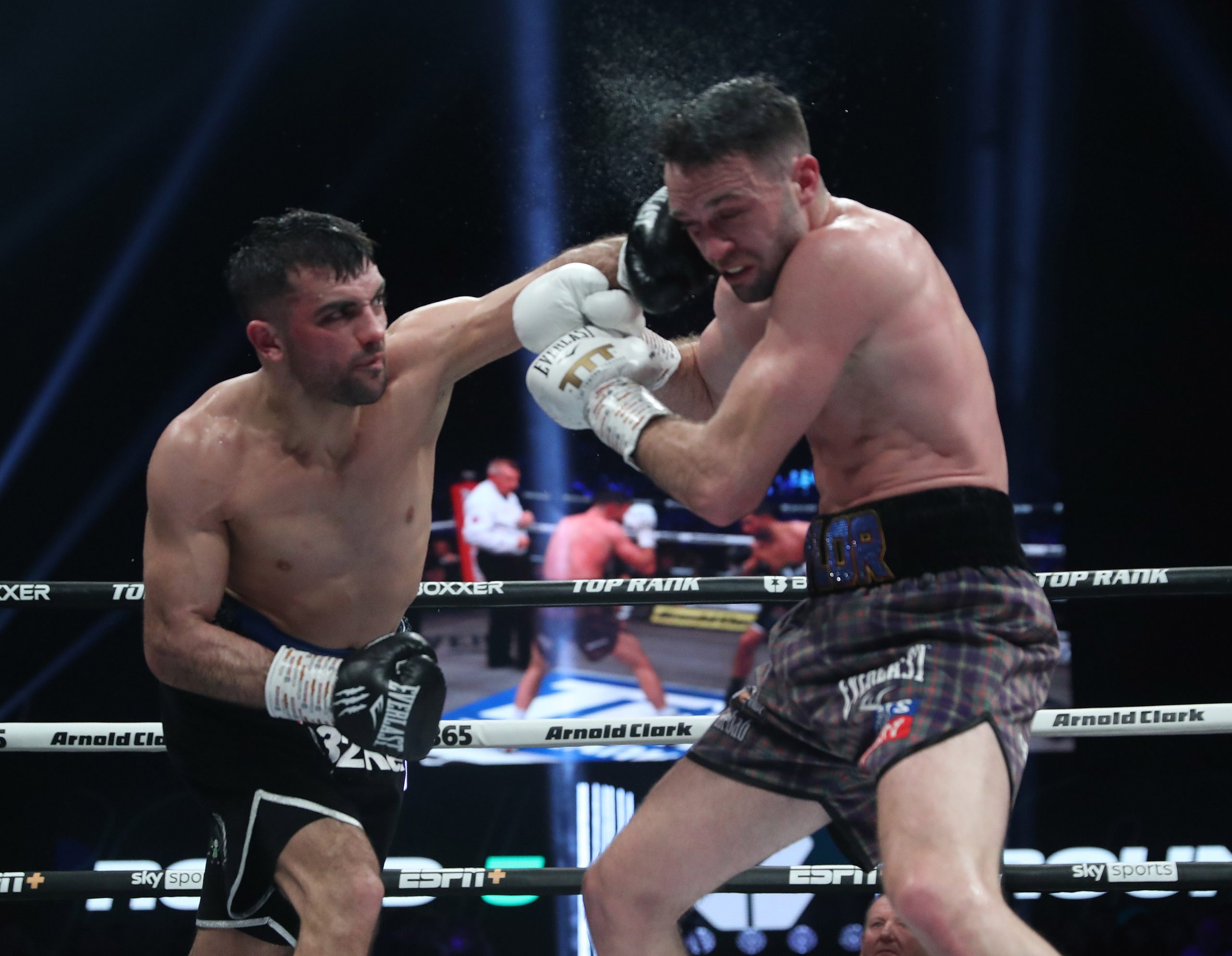 Catterall had the look of a top-five junior welterweight vs. Taylor, who didn’t look like an elite boxer. Photo by Lawrence Lustig

The Ring: The personal abuse got out of control, there’s no denying that, but there was also a back and forth between you and Jack on social media. Do you regret getting involved in that? That kind of thing stirs the pot.

The Ring: It looks like we’ll get fight two. What fuels you ahead of the rematch? In your mind’s eye, what goes through your mind when you think of getting in there with Jack Catterall again?

JT: “If he can’t beat me at my worst, there’s no way he can beat me at my best. I fucked my weight last time and I was hugely unmotivated. That was a mistake. I didn’t overlook Jack Catterall, I know he’s a good fighter, but I couldn’t get motivated for the fight for some reason. That’s not a factor this time.

The Ring: You say that you couldn’t get motivated, but that you didn’t underestimate Jack. There’s a minor contradiction there. If you didn’t have the competitive juices flowing the way you did for Viktor Postol, Ivan Baranchyk, Regis Prograis and Jose Ramirez, doesn’t that mean the general feeling was that you just had to turn up?

“Looking back, I think it’s because I’d just climbed Everest in terms of becoming undisputed world champion. What can I do now to keep achieving, keep climbing, keep chasing these dreams? Let’s move to welterweight and chase a world title at a second weight. I needed to keep the motivation and the hunger.

“But then it was just stay and defend your titles against Jack Catterall. I know that I’d made that prior arrangement before the [Ramirez] fight, but it wasn’t what I wanted to do. I wanted to move up and keep chasing. I lost the fire, but I didn’t overlook him. It was just a fight that didn’t get my juices flowing. I couldn’t get up for it but that’s not the case now.”

The Ring: Where are negotiations for a rematch?

JT: “We’re looking to get it done as soon as possible. I’m waiting to hear what Top Rank have to say and they’re liaising with Sky Sports.

“I’ve done everything in my power to make the fight happen. I’ve let go of world titles and I’ve stayed around the weight. I’m waiting the same as everyone else. It shouldn’t be too difficult to make. The only fight I’m interested in right now is the rematch with Catterall. Hopefully we get it soon.”

The Ring: We’re in September. I would assume we’re looking at the tail end of this year. You wouldn’t want it to creep into next year, right? 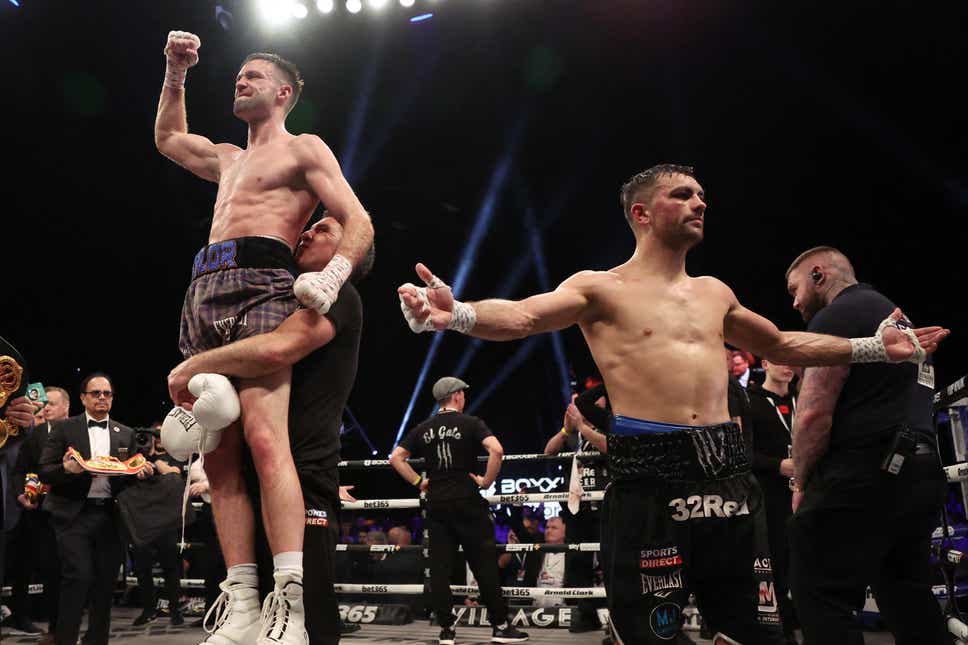 The Ring: As I understand it, you will defend Ring and WBO 140-pound titles against Catterall. Speaking bluntly, and I know your camp was beset by problems beforehand, are you sure that you can be at your best at 140 pounds? You didn’t look good at the weigh in and, from ringside, you didn’t look great before the opening bell.

JT: “I didn’t replenish properly. I did the weight cut a bit too late at the end. It just took it out of me a little bit. There’s no excuse for that. I just didn’t do it right. I wasn’t as driven and focused as I should have been.”

The Ring: The reason I ask about the weight is you finished your amateur career campaigning at 141 pounds. You turned pro in 2015 at 140. You’re body’s maturing and you’re in your 30s now. Will you know before the last portion of your cut if you can make this weight correctly?

JT: “Yeah, I’ve done a little trial run, so we’ll see how it goes. But I’m 100-percent sure I can make this weight again no problem, especially with the right mindset and the right motivation.”

The Ring: Was your decision to stay at 140 influenced by the fact that Errol Spence and Terence Crawford are tying up all the belts at 147?

JT: “No, that wasn’t a factor. As champions do when they have a bad decision or a controversial fight, they revisit it and put it to bed in order to prove that they’re a champion. That’s what I’m doing.

“I still 100-percent believe that I did enough to win the fight. I believe that it could have went either way. His tactics, if he’d have put his foot on the gas further on into the fight, he could have won it. He didn’t and went into survival mode. I won the second half and I thought I won the fight [overall]. There’s no one that can convince me otherwise.”

The Ring: I take it this would be your final fight at 140?

JT: “Yeah, I think so. It’s more than likely this will be my last one.”

The Ring: What more are you wanting to get done in the sport?

JT: “Revisit this, smash him to smithereens. I really want to put a bad, painful beatdown on him. No boxing, no moving around. I’m going to seek and destroy – smash him to bits this time. I will leave no doubt. After that, we can see what’s happening with the rest of my career. But I’m not thinking about that. All I’m thinking about is doing a demolition job on Jack Catterall.”

The Ring: You know more about boxing than me, but is going after Jack not exactly what he wants? Jack was counter punching well, working off the right jab. Don’t you need to play a bit of chess this time?

“I had a crap mindset, crap motivation and it turned into a crap performance, but I still had enough to get the victory. Now, with the right mindset, the right motivation, the right training and preparation, he’s not got a chance. I know exactly what I can do. I can make this an easy fight.”

The Ring: Smarter aggression this time? Are you admitting you were a bit reckless last time?

JT: “I was a bit too eager. I was moving in with my hands down and I was a bit indecisive about what I was going to do.

“This time, I can make it a real easy fight!”