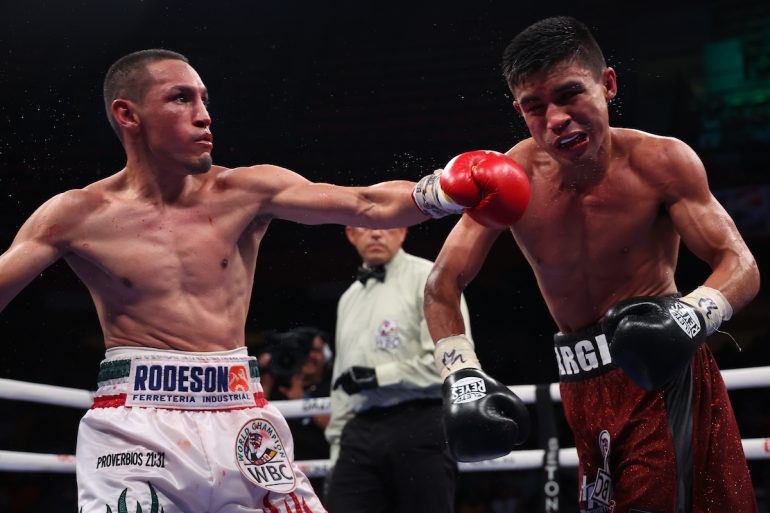 Two judges scored the bout 115-112, while the third had it 114-113 in the DAZN-broadcasted main event, with the margin of victory on the third card being a seventh round knockdown with a counter left hook to the body scored by Estrada (43-3, 28 knockouts).

The win was Estrada’s fourth defensive of the RING championship he won in 2019 with a unanimous decision over Srisaket Sor Rungvisai. The win clears the way for Estrada to meet rival Roman “Chocolatito” Gonzalez on December 3 in a tie-breaking rubber match.

Estrada, 32, bucked his usual slow start pace by trying to make a strong statement in the opening round, standing in the pocket and trading big punches with the 27-year-old Cortes (23-3-2, 10 KOs). Cortes was determined to meet the moment in his first significant step-up, stunning Estrada momentarily with a counter hook that caused him to pause momentarily.

Cortes once again seized the initiative in the fifth, landing heavy power punches with Estrada against the ropes. Estrada began to turn the tide in the seventh with the fight’s lone knockdown in the seventh. Estrada continued to focus on the body in the final third of the fight, slowing down the lesser experienced fighter just enough to get to the scorecards.

In the co-featured bout, Erika Cruz (15-1, 3 KOs) cruised to a ten-round shutout decision against former champion Jelena Mrdjenovich (41-12-2, 19 KOs) to retain the WBC women’s featherweight title for the second time. Cruz won all ten rounds on the three judges’ scorecards – 100-90 – just as she won all seven round in their first meeting in April of 2021, when the fight was cut short by technical decision due to an accidental headbutt.