Born on this day: James Corbett 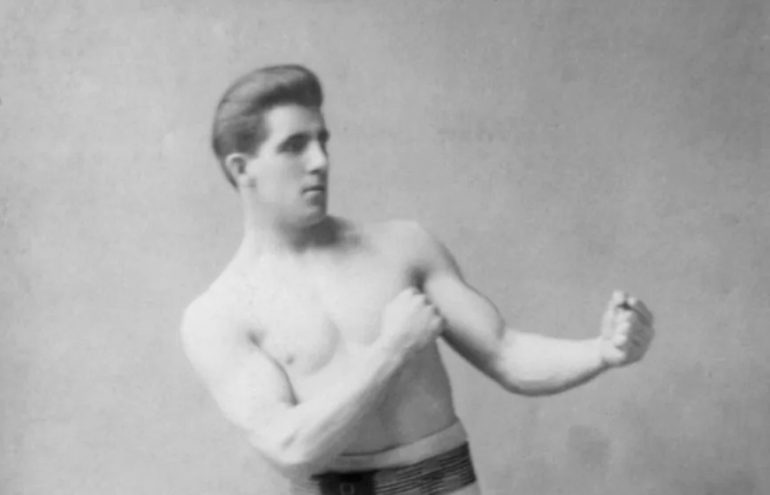 He was one of the first men to ever wear boxing gloves and train regularly in the wildest era of 19th-century boxing. And he remains one of the best ever, even today.

James John “Jim” Corbett was born on September 1, 1866 in San Francisco, Calif., the son of an Irish immigrant from County Mayo. His education and polite demeanor earned him the moniker of “Gentleman” early in his ring life, which started when he was only 20 years old.

In an era nested between the old and barbaric years of bareknuckle boxing and the modern Quensberry rules, Corbett had his share of legendary fights in the Bay area, developing a rivalry with fellow legend Joe Choinsky that spanned three fights. In one of them, fought with two-ounce skin-tight gloves, both men disfigured each other through 27 rounds of action, and their rematch eight years later ended in an equally mutually destructive 20-round draw.

In only 20 recorded professional bouts, Corbett managed to build an extraordinary career, with his greatest achievement being his win against bareknuckle world heavyweight champion John Sullivan in what became the inaugural championship bout of boxing under the rules of the Marquis of Queensberry, which required the use of boxing gloves and a limit of three minutes per round.

Corbett defeated Sullivan in 20 rounds to claim the title in 1892 in New Orleans, spawning a new era in boxing not only in terms of rules and regulations, but also in training methods and boxing technique. Corbett became a pioneer of new training habits that steered away from the brutal customs of the bareknuckle era (which included rubbing brine on facial skin to avoid cuts, chewing tar balls to strengthen the muscles around the jaw, and simply punching a bag occasionally), to start including things like roadwork, daily training exercises, weight-lifting and other techniques.

In his short career, he faced a total of nine fellow members of the International Boxing Hall of Fame (in which Corbett was inducted in the inaugural class of 1990), including Peter Jackson, Jim Jeffries, Tom Sharkey, Kid McCoy and Bob Fitzsimmons, against whom he finally surrendered his heavyweight title in 1897 in a clash between two of the most technically accomplished fighters of their era.

As his boxing career ended, he embarked in a successful career in acting, training and much more. In 1894, he took part in the production of one of the first-ever filmed boxing events when he took on Peter Courtney in front of a “kinetograph” at the Black Maria studio at West Orange, New Jersey.