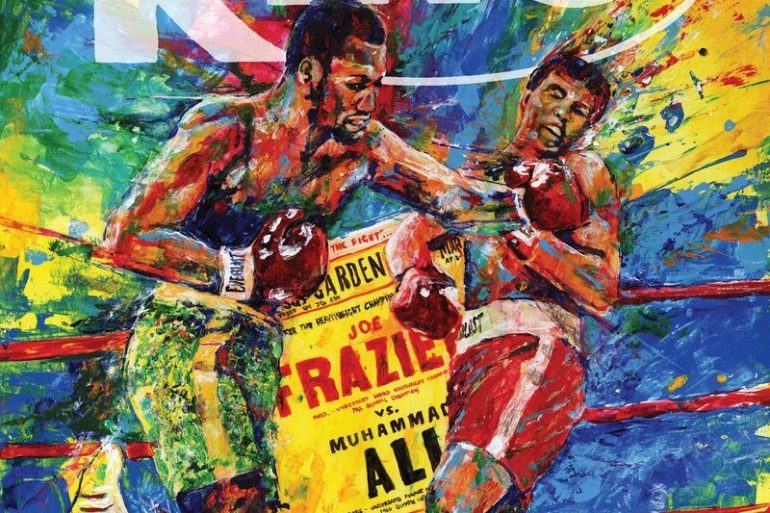 It is our pleasure to invite you to an exclusive exhibition on “Boxing in Art,” which will be held on 22 September, 2022, in the Airport Club Frankfurt at Frankfurt Airport Center.

The exhibition will feature artworks from the past 100 years which are devoted to the subject of boxing. Many of the originals displayed at the event have already appeared on the cover of the well-known American boxing magazine The Ring (The Bible of Boxing), which celebrates its 100th anniversary this year.

Let yourself be transported into the dazzling world of boxing! The exhibition will be organized by Wegerich Fine Art Collection, which will be displaying its artworks in public for the first time.

Well-known British artist Richard T Slone, who lives in Las Vegas, will be attending. Slone has been the official artist of the International Boxing Hall of Fame (IBHOF) since 1996, combining boxing and art with his inimitable style. His displayed works depict famous boxing matches such as Joe Frazier vs. Muhammad Ali 1 and the “Dream Fight,” Tyson Fury vs. Mike Tyson. Slone has also painted both Vitali and Wladimir Klitschko for the Hall of Fame.

Star guest Regina Halmich is, to this day, one of the most successful female boxers of all time. In June 2022 she became one of the first women to be inducted into the International Boxing Hall of Fame. Ms. Halmich will answer a few questions and will also be available for group photos.