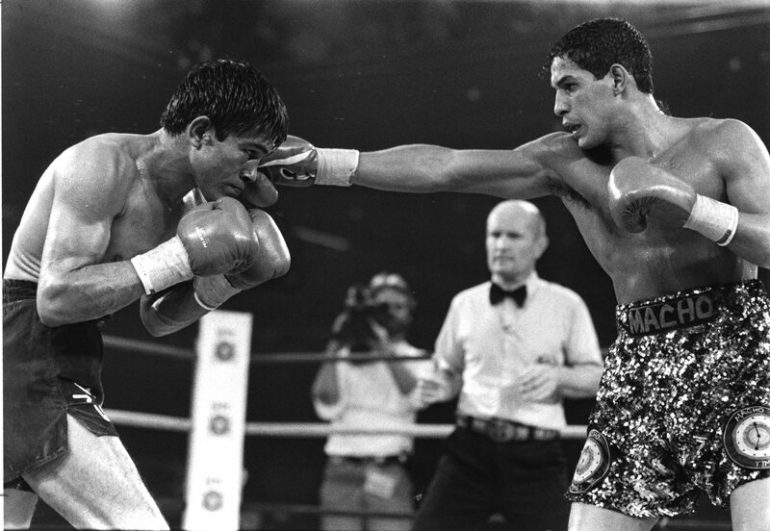 Camacho (right) was too quick and crafty for Ramirez. Photo by The Ring Magazine/ Getty Images
10
Aug
by The Ring

A classic case of bull versus matador.

Mexico’s Ramirez brought a formidable 90-5 (74 KOs) record to the ring. The Culiacan-based warrior was in the form of his life, having won the title from the hard-hitting Edwin Rosario in a Fight of the Year classic in November 1984.

The challenger dominated this all-southpaw matchup. Camacho looked speeded up as he whizzed around the perimeter of the ring and picked his punches. Ramirez, who was dropped by a sharp left in Round 3, struggled to score and was outboxed from beginning to end.

“I’m the best fighter pound for pound in the world,” yelled the new champion when interviewed by HBO.

“[Ray] Mancini, I don’t respect your opinion. C’mon on baby so I can knock you out. And Pernell Whitaker, you can get some too. [Livingston] Bramble, Jimmy Paul… Larry Holmes, all of you, come on with it baby!”