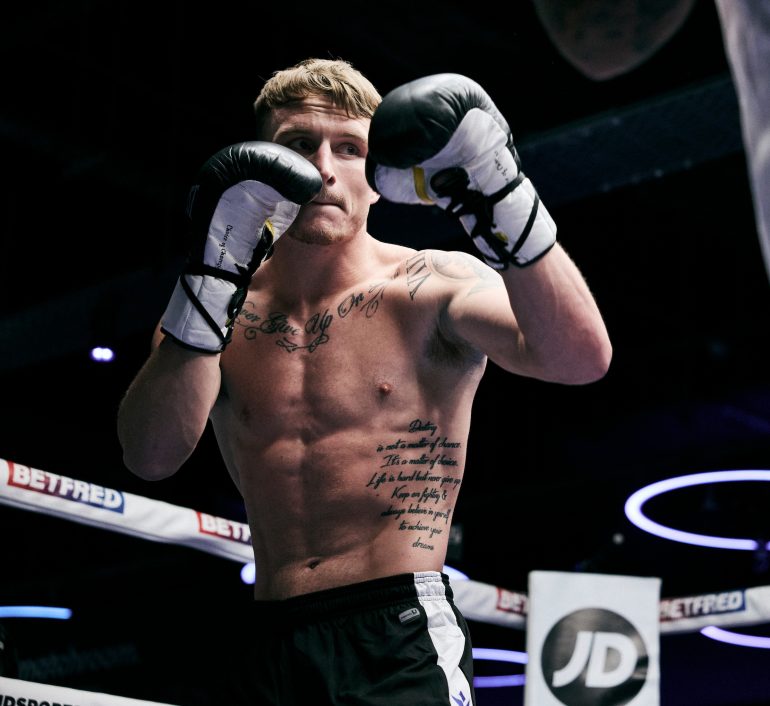 Junior welterweight Dalton Smith lived up to his considerable hype by vanquishing Sam O’Maison in round six of a scheduled 12-rounds to claim the vacant British title on Saturday at the Sheffield Arena, Sheffield.

The unbeaten Smith, who is arguably the best prospect in British boxing, notched his 12 professional win. The 25-year-old Sheffield born fighter, who is trained by his father, Grant, is promoted by Matchroom and gave him a push on their Next Generation platform.

Smith didn’t disappoint, dropping O’Maison in the third round with a right hand. O’Maison, who is also from Sheffield was able to get up and see out the round. It was a mature display by Smith, who picked his shots and didn’t look to rush his work.

Although the 31-year-old gave his all he was outclassed. In the later stages of the sixth round, Smith dropped his crosstown opponent a two-punch combination. O’Maison picked himself up and continued. However, this time Smith pounced and scored a clinical third knockdown. That forced referee Marcus McDonnell to immediately call a halt to proceedings.

In junior welterweight action Sandy Ryan gained revenge over vastly more experienced Erica Annabella Farias. Ryan, who dropped a 10-round split decision to Farias five-months ago, was sharper this time and claimed the 10-round unanimous decision on the scorecards 98-92, 96-94 and 96-94.

Big-punching cruiserweight prospect Jordan Thompson (14-0, 11 KOs) got into a comfortable early lead against battle-hardened Vasil Ducar (11-6-1, 10 KOs) only to be dropped late in the 10th and final round. Thompson barely beat the count. Thompson was awarded the unanimous decision 96-93, 96-93 and 97-92.

Campbell Hatton (8-0, 2 KOs) continued his development with a six-round unanimous decision over Michal Dufek (34-24-2, 22 KOs). The 21-year-old son of Ricky Hatton was awarded a shutout, 60-54 decision on the scorecard of Howard Foster.