On this day: Mike Tyson too good for Tony Tucker, wins undisputed championship 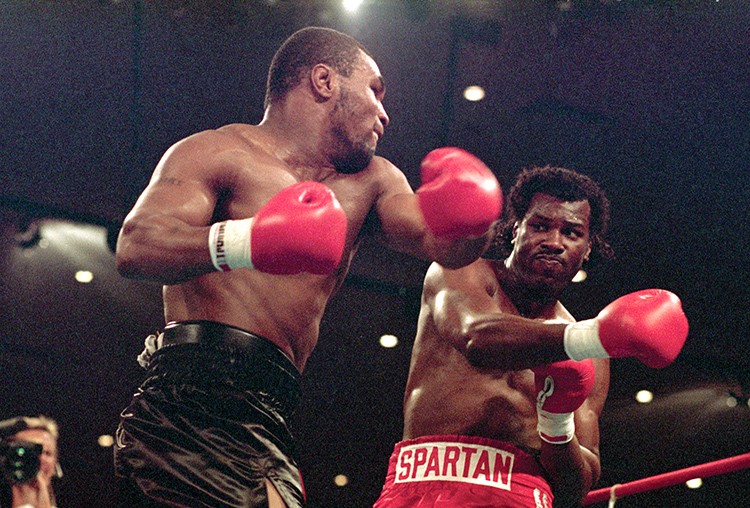 Photo by Getty Images
01
Aug
by The Ring

History in the making.

Tucker had a decorated amateur career and was selected as the light heavyweight alternate for the Moscow Olympics in 1980. However, when President Jimmy Carter boycotted those games, Team USA planned a series of exhibition bouts in Europe. Due to injury, Tucker couldn’t make the trip, which ultimately saved his life. On March 14, 1980, the team’s plane crashed near Warsaw, Poland, and everyone onboard, including 22 boxers, lost their lives.

Profoundly affected by this tragedy, Tucker turned to religion before turning professional. The God-fearing native of Grand Rapids, Michigan, went 33-0 and captured the vacant IBF title by posting a 10th-round stoppage over Buster Douglas in May 1987. That bout featured on the undercard of Tyson’s WBA/WBC title defense against Pinklon Thomas.

The respective winners would clash in the final of HBO’s unification tournament.

Despite Tucker putting up a game effort, the bout became largely one-sided. Tyson absorbed one memorable left uppercut in the opening round, but made the necessary adjustments in order to break his man down. He pounded the body and released some eye-catching single shots, banking rounds with aggression and work rate. Tucker struggled to time his opponent’s bob-and-weave style and resorted to spoiling tactics.

“Tucker was a magnificent fighter, but it was my time, and I stayed on top of him and didn’t give him a chance to breathe,” Tyson told The Ring years later. “There was no way for him to get his moves off and counterpunch, because I was all over him.

“Becoming undisputed champion was special because everything Cus [D’Amato] and I talked about since I was 12 years old had come true. Imagine your father talking about you making something happen when you’re a kid and then you make it happen. Wow!”

In truth, there was a dispute when it came to Tyson’s superiority. On the basis of two decision wins over Larry Holmes, The Ring recognized Michael Spinks as heavyweight champion. Less than a year after the Tucker bout, Tyson would settle that dispute in just 91 seconds.