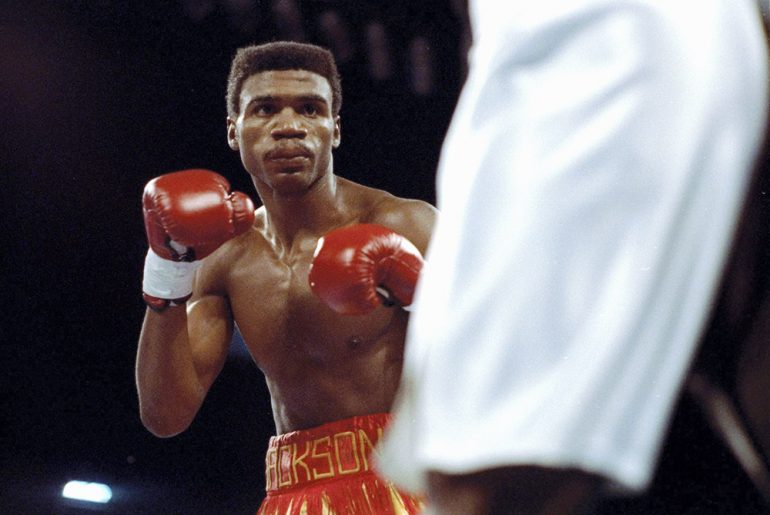 Photo by Ken Levine /Allsport
30
Jul
by The Ring

The cannon only had to speak once.

On July 30, 1989, Julian Jackson scored a career-best triumph when he stopped Terry Norris in two rounds to retain the WBA junior middleweight title at the Convention Center in Atlantic City. The official time was 1:33.

Jackson was making the third defense of the title he won by blasting out In Chul Baek (TKO 3) in November 1987. The power-punching assassin from the Virgin Islands was considered by many to be the hardest hitter in the world, pound-for-pound, and the only other man in the conversation was then-heavyweight champion Mike Tyson.

The 22-year old Norris, who hailed from Lubbock, Texas, was developing into an excellent boxer-puncher. A pair of losses in 1987 marred an otherwise perfect record, but Norris bounced back with eight straight wins. He was quick, full of energy and had the style to give Jackson fits.

And that’s just what happened – for a little over four minutes.

The challenger boxed circles around Jackson in the opening round and had every reason to be confident when he returned to his corner.

But you’re never safe against “The Hawk.”

Following a brisk exchange at ring center in the second, Norris found himself against the ropes. Jackson quickly closed the gap, measuring the challenger with his left before firing a shotgun right to the jaw. The punch knocked Norris out on impact, but Jackson managed to squeeze off another two rounds – a left hook and right hand – that put him down face-first.

“I got to Norris because I had studied him,” Jackson told The Ring recently. “He was a cocky up-and-comer with a classic American stick-and-move style. We looked at tapes of his fights and knew we had to stay on top of him. When he made a mistake, I knew I had to be in position to take advantage of it. When I saw my opportunity, I caught him flush with a right. It was over as soon as I landed. I didn’t need a follow-up hook and right hand, but I got him with those shots anyway.”

The most remarkable part of the evening was Norris finding his feet before the count of 10. However, referee Joe Cortez didn’t have to look at the stricken fighter for long before calling the fight off.