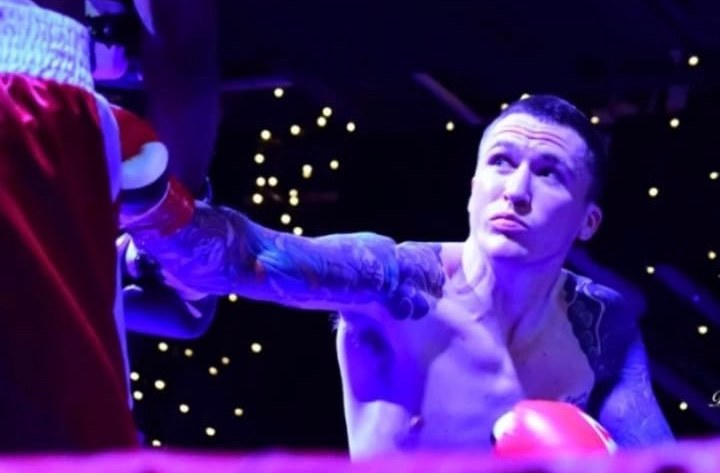 Like most upstart prospects, Harley Burke has to do more than box to keep the lights on.

The 27-year-old knockout puncher punches a clock as a construction laborer during the day, working odd jobs around New York’s Westchester County before heading to the gym to put in his rounds. It can be brutal, but there’s always work to do.

In many ways, Burke’s life could be more comfortable if he settled into a labor union and earned a better pay rate with some benefits, but that’s not the life he’d been chasing since he was an elementary school child. All he’d ever wanted to be was a professional boxer.

“That’s always bothered me in that I haven’t been able to fully commit in that sense because [boxing] just doesn’t pay the bills,” said the super middleweight boxer Burke (6-0, 6 knockouts) of his balancing act between boxing and a day job.

“I just feel like if I joined a union, it would make me content in life. I’d have the security and benefits and I don’t want that. I’ve always wanted boxing to be how I made it in life.”

That dedication to the dream means taking short money and traveling down south to build his record. It means having to sell tickets to finance fights closer to home, waiting for the opportunity for a big time promoter to invest in his career.

Burke hopes to get some attention this Friday when he faces Brandon Maddox (8-5) in a six-round bout at the American Dream mall in East Rutherford, N.J. The show will be the second promoted by the Paramus-based Abella Boxing Promotions, and will be headlined by the New Jersey homecoming of junior welterweight contender Julian Rodriguez.

For Burke, the Maddox fight offers an opportunity to test himself against a durable, more experienced veteran. The Detroit native Maddox began his pro career in 2015, winning his first seven bouts before stumbling against better opposition. He has gone rounds with respectable opposition, losing decisions to Nikita Ababiy and Ronald Cruz, and drawing with the 21-1-1 Mike Jimenez in 2018.

Burke has yet to see the second round as a professional, though he’s fought opposition with a combined record of 1-7 in six bouts, competing in states with softer commissions like Virginia and South Carolina.

“I’ve seen him fight on DAZN before so it’s pretty cool to fight someone you’ve seen on TV. It’s a big step up for me. I’ve got a lot of respect for him, he’s a solid fighter who does a lot of things well so I’ve gotta be on my A-game,” said Burke, who turned pro in 2019 and is trained and managed by Ryan O’Leary.

Burke was born in Galway, Ireland but raised in the Irish enclave of Yonkers, just outside of New York City. He remained close to his Irish ties, playing Gaelic football and winning local championships against teams from surrounding areas like Rockland and Monroe Counties.

Boxing became the cool thing to do when an older kid, one of his brother’s friends named James, started going to a local gym. He started boxing at age ten, and took his fair share of beatings in the gym. But Burke kept coming back, and eventually started taking the subway to The Bronx to train at another gym.

He credits Kelly Pavlik’s knockout win over Jermain Taylor to win the middleweight championship in 2007 with igniting his passion as a boxing fan. The first pro fight he ever attended was the following year, when he was at ringside in Boston to watch fellow Irish-born New York transplant John Duddy win a decision over Charles Howe in 2008. 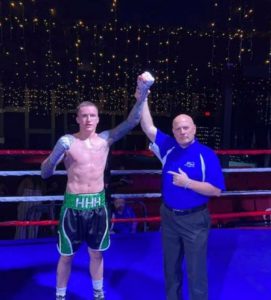 Burke accrued an amateur record of 9-6, competing in some tournaments but taking big lulls between fights due to the distractions of high school and adolescent life. Though he didn’t win any titles as an amateur, he says he has one advantage that can make up for it.

“You could wipe out hundreds of amateur fights worth of experience with one big shot. Power is the great equalizer.”

Burke doesn’t have a specific plan for what comes after Friday. He just knows he doesn’t want to fall into his old patterns of stepping off the gas pedal after a fight. The big picture goal is to get a promoter who can put him in the fights he needs to help him develop.

Then, perhaps he can put the hammers down, and make a living dropping the hammer in the ring.

“I just have to stay in the gym. I’ve got a very bad habit of after a fight, win or lose, I just go off the rails and celebrate a bit too much and enjoy myself a bit too much. I just get carried away,” said Burke.

“I just need someone to invest in me and believe in me and it’ll take off from there.”