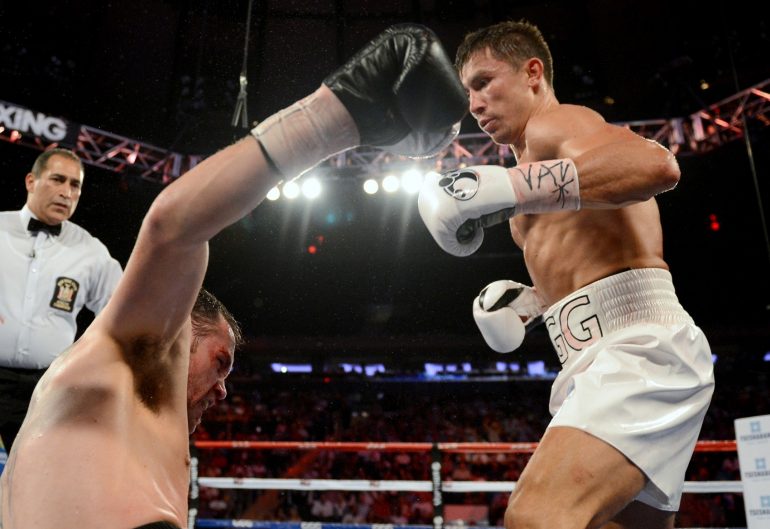 The GGG express at full speed.

On July 26, 2014, Gennadiy Golovkin scored an explosive third-round stoppage over Daniel Geale at Madison Square Garden in New York. The official time was 2:47.

Golovkin, 32, was the unbeaten WBA middleweight titleholder and one of the finest pound for pound fighters in the world. The Kazakhstan destroyer had stopped his previous 16 opponents and looked unbeatable.

GGG proved to be a bridge too far.

The first round was competitive, but Geale was under severe pressure and some of Golovkin’s big bombs came perilously close to landing. Early in Round 2, the challenger went down from what appeared to be glancing blows. Geale rose immediately and used adept footwork and counterpunching to stay alive for the remainder of that session. But he was running out of time.

Late in the third, during an exchange, Geale went down heavily from a hammering right to the jaw. This time the challenger was hurt. He rose quickly, but his legs were unsteady and blood flowed from a wound above the right eye. Referee Mike Ortega gave Geale a once-over and wisely called a halt to the action.

“Daniel Geale is a champion and gave his best,” Golovkin said afterwards.