Born on this day: Vitali Klitschko 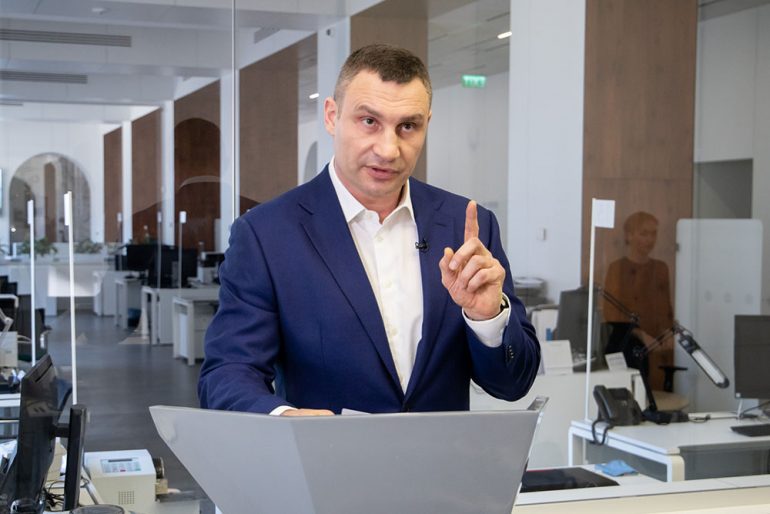 If you were born and raised in a military base to a father who was an air force general who helped create the basis of the very same military power that is now poised to invade your homeland and perhaps kill you in the process, you truly never had a choice: you were born to be a fighter.

Former heavyweight champion and current Kyiv city mayor Vitali Volodymyrovych Klitschko was born 19 July 1971 in what is now Kyrgyzstan, then a part of the old Union of Socialist Soviet Republics. While moving from one military base to the other behind the old Iron Curtain that kept Europe split in half in the late 20th century, he found boxing (as well as kickboxing, where he excelled, along with other combat sports) along with his brother and fellow heavyweight champ Wladimir, and proceeded to have a long and fruitful career as an amateur, representing the old Soviet Union in tournaments around Europe.

Turning pro in 1996, both Klistchko brothers began a meteoric career that would take both of them to distinguished championship runs. In the case of Vitali, he held the World Boxing Organization (WBO) belt from 1999 to 2000, the Ring magazine championship from 2004 to 2005, and the World Boxing Council (WBC) title twice between 2004 and 2013.

In his greatest victories, he defeated former and future titlists such as Herbie Hide, Corrie Sanders, Shannon Briggs and other top contenders such as Chris Arreola, Kevin Johnson, Samuel Peter, Juan Carlos Gomez, Larry Donald and many more. Klistchko announced his retirement at age 42 in December 2013. He was still holding his WBC title at the time of his retirement.

The rest of his story is well known, and it inhabits the pages of every newspaper around the world these days. As the elected mayor of the embattled city of Kyiv, capital of Ukraine, Klitschko appears daily on all kinds of media pleading for help for his homeland during the ongoing, ruthless invasion by neighboring Russia, walking the battements and trenches to encourage his comrades in arms to fight on, and being an outspoken defender of his country’s independence.

As a fighter with an 87% knockout ratio who was never knocked down in his entire professional career, it is safe to say that the people of Kyiv – and all of Ukraine – couldn’t have chosen a better leader if their true intention is to fight on until the end – and to finish their fight with their prized trophy still in their hands.