Died on this day: Vicente Saldivar 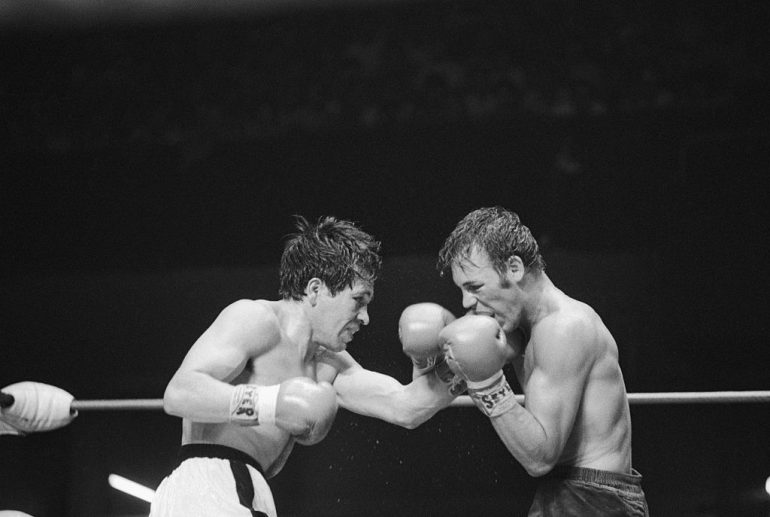 Southpaw brawlers in the lower weight classes are a dime a dozen in Mexico, but the former Ring featherweight champion who passed away on July 18, 1985 is definitely one of the best ever in that group.

Vicente Saldivar Garcia was born May 3, 1943 in Mexico City, one of seven children in an impoverished family. His years as a young troublemaker in the tough streets of his hometown led him to a boxing gym where he met trainer Jose Moreno, the man who would guide his career as an amateur first, where he reached the Olympics representing his country back in 1960 at the age of seventeen, and then to the pros, where he would enjoy a long career dotted with impressive achievements.

As a professional, Saldivar had 40 fight in only 12 years, packing some of the best fights in the history of the featherweight division during that span, and facing a handful of champions and future Hall of Famers in the process.

Saldivar defeated future legend Ismael Laguna in his 26th pro bout, setting up a title shot against Cuban-Mexican Ring champion Ultiminio “Sugar” Ramos on Sept. 26, 1964. By stopping Ramos in the 11th round, he would begin a legendary title run that still stands as one of the most successful of all time in the 126-pound division, defending his Ring belt along with his unified WBA/WBC belts (in the two-belts era) a total of seven times, a record for an undisputed champion at the weight.

The highlight of his career, however, was his three-fight rivalry with former British and Commonwealth champion Howard Winstone, the man who managed to get the best out of Saldivar in each one of their legendary bouts. The second one, disputed on June 15, 1967, was mentioned among the greatest fights in the past century by The Ring, in a special issue on 1996. Saldivar also defeated Japan’s Mitsunori Seki in two consecutive bouts.

Saldivar would announce his retirement, unbeaten as a champion, after his final bout against Winstone in October of 1967, but his retirement would be short-lived. He would return in 1969 to earn a unanimous decision against another Cuban expat and future champ in Jose Legrá, and he would go on to reclaim his former glory with a 15-round unanimous decision win over French-Australian champion Johnny Famechon in Rome in May, 1970.

His second reign, this time, would be considerably shorter. Saldivar lost his belts only seven months later to Japan’s Kuniaki Shibata in what was his first and only failed defense. He then retired again only to return on October, 1973 to face another future legend in Brazil’s Eder Jofre, who stopped Saldivar in the fourth round in Brazil to finally put an end to the legendary southpaw’s career.

Saldivar was inducted into the International Boxing Hall of Fame in 1999.