On this day: Rocky Graziano evens the score against Tony Zale in Fight of the Year 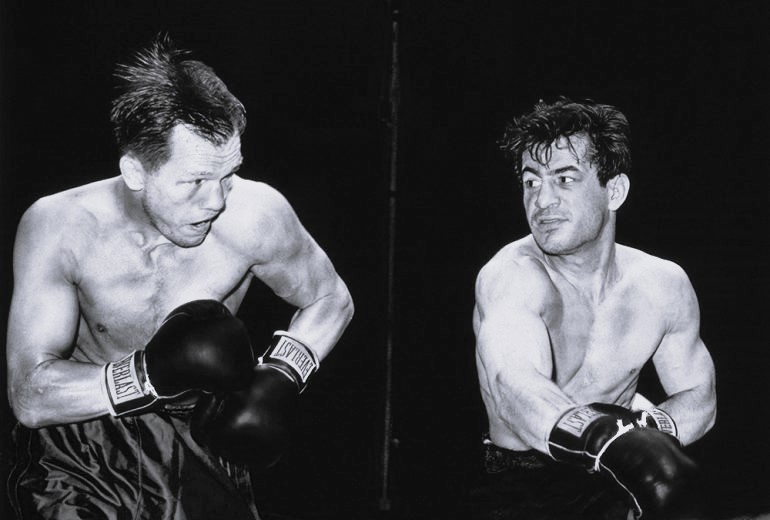 Graziano (right) goes after Zale. Photo by Getty Images
16
Jul
by The Ring

On July 16, 1947, Rocky Graziano scored a come-from-behind sixth-round stoppage over “Man of Steel” Tony Zale to capture the middleweight championship of the world, and avenge a stoppage defeat, at the Chicago Stadium. The official time was 2:10.

Graziano, who was knocked out in six rounds by Zale less than nine months earlier, had to come through some serious punishment in the rematch. The fiery New Yorker suffered a cut over the left eye in Round 2 and was floored by Zale in the third. Come the fifth, Graziano had also picked up some terrible swelling around the right eye and the bout was perilously close to being stopped.

Sensing urgency, Graziano suddenly put together the attack of a lifetime. A vicious combination of lefts and rights hurt Zale badly, and the fight had turned in an instant. The bell would eventually save Zale, but the champion needed a lot more than 60 seconds to recover.

Graziano unleashed hell in the sixth. He battered his foe from pillar to post and Zale eventually found himself on the canvas. Half in and half out of the ring, the champ appeared helpless when referee Johnny Beyr stopped the fight.

The bout would be voted The Ring’s Fight of the Year for 1947.

In his first defense, Graziano faced off against Zale in a rubber match and was brutally knocked out in three rounds.