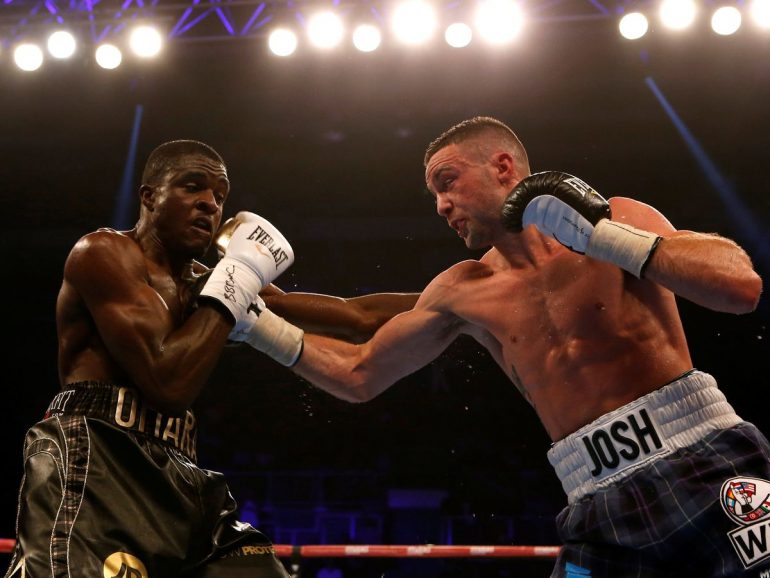 This was two hotshot prospects looking to make the jump to contender status.

On July 8, 2017, Josh Taylor scored an emphatic seventh-round stoppage over Ohara Davies at the Braehead Arena in Glasgow, Scotland. The official time was 2:25.

The bout was an eagerly anticipated Scotland vs. England clash that divided opinion.

Davies (15-0, 12 KOs) had the reputation of an exciting and athletic right-hand knockout artist. The Londoner’s power was so chilling that his boxing ability was often overlooked. However, Davies rarely lost rounds and had excellent judgement of distance.

However, what was touted as a 50-50 matchup transformed into a virtuoso performance when the bell rang.

In front of a feverish home support, Taylor began to spin his web very early. Davies struggled to land a punch of consequence and was forced to take a knee after absorbing a thumping right jab at the end of the third.

The punishment intensified and it was just a matter of time.

With a minute remaining in Round 7, Taylor backed into a corner and set a trap. When Davies released a left to the body, the Scotsman executed a catch-and-shoot counter right hook for the second knockdown. It was a perfect punch.

Davies rose, but after absorbing one more power shot, he indicated to referee Howard Foster that he’d had enough.

Taylor would debut in The Ring ratings following a career-best triumph.