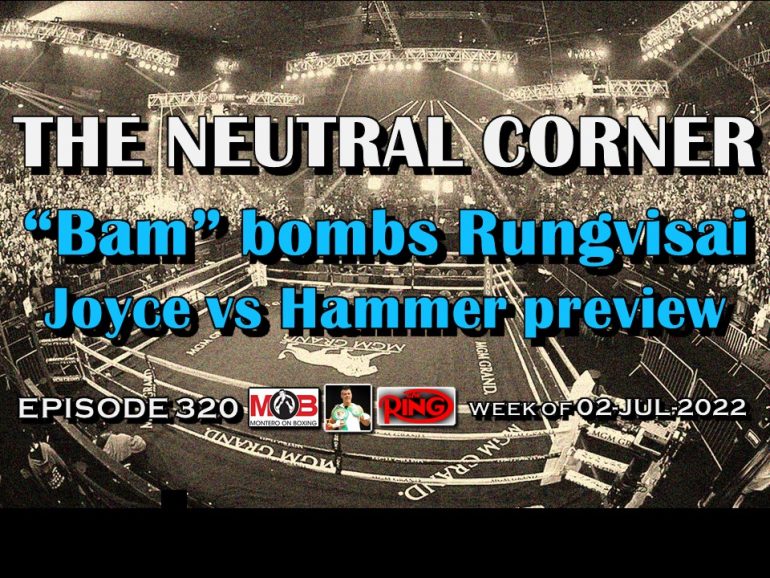 On episode 320 of The Neutral Corner boxing podcast, host Michael Montero gave his thoughts on four-division title holder Mikey Garcia, who announced his retirement on Monday. Garcia, a native of Southern California, had lost two of his last three bouts since moving up to welterweight to face Errol Spence Jr in early 2019.

Note: there will not be a TNC next Monday, July 4 in observance of the Independence Day holiday in the United States of America.

The following night, Hekkie Budler scored a slight upset UD12 win over Elwin Soto in Mexico. The junior flyweight bout was broadcast on the ESPN+ app.

In San Antonio, Texas, Jesse “Bam” Rodriguez successfully defended his junior bantamweight title with a TKO8 win over former title holder Srisaket Sor Rungvisai. The bout headlined a Matchroom Boxing card that was broadcast on DAZN. On the undercard, Murodjon Akhmadaliev defended his unified junior featherweight titles with a TKO12 win over Ronny Rios, and Jessica McCaskill defended her undisputed welterweight championship with a RTD3 win over Alma Ibarra.