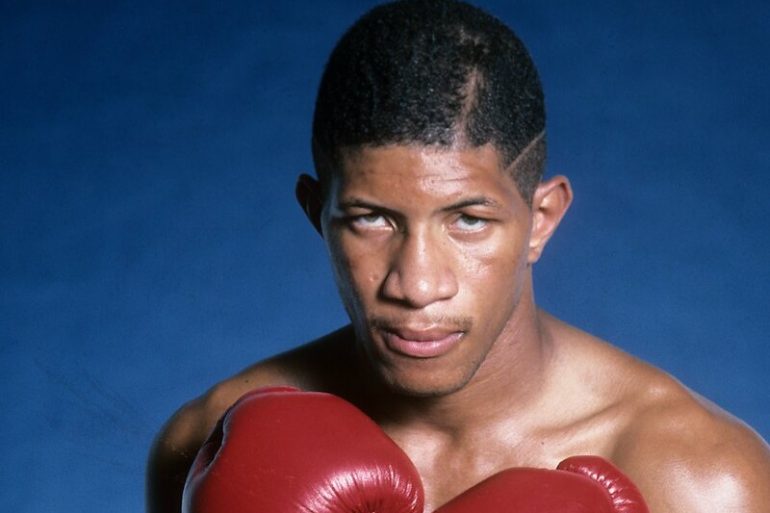 Photo by The Ring/ Getty Images
28
Jun
by Anson Wainwright

Rangy technician Al Cole was an excellent cruiserweight titleholder, but he was unable to replicate his success when he stepped up to heavyweight where he found his niche as a gatekeeper.

Cole was born in Spring Valley, New York on April 21, 1964. Although his parents weren’t together, his father lived nearby. His mother worked at a nursing home, while his father built equipment for trains and airplanes.

“It was only difficult because when you have five kids, if you’re not financially fit, there’s going to be some issues,” Cole told The Ring. “I grew up in a lower income family. My mother and father provided very well.”

As a youngster, Cole excelled in sports and played baseball, football and basketball in school. When he graduated high-school he was 6-foot-1 and 145-pounds.

Cole enlisted in the Army at 18 and was based in Fort Hood, Texas. He worked in accounting at the Warehouse Supply field and kept record of in-coming and out-coming receipts.

Early on he crossed paths with disciplinarian Kenny Adams, later famed for his work as the head coach of the 1988 U.S. Olympic team and trainer of over 30 professional world champions. There first interaction didn’t go very well.

“I didn’t know anything about boxing but signed up for boxing,” he explained. “I asked Kenny Adams where I sign up for “no vice” boxing. I had separated “novice” and I called it “no vice,” I didn’t know what it was and he thought I was a stupid, dump private and told me to get out.”

Cole wouldn’t be deterred and won the novice tournament. He went from strength-to-strength and despite only boxing for four-years he surprisingly won the Olympic trials at 178-pounds. However, he controversially lost in the final of the Box-Off against the much hyped Andrew Maynard.

“The crowd booed, the newspaper said I won, anybody who looked at the fight knew I won,” he said. “But Sugar Ray [Leonard] was the Olympic advisor for the Olympic committee. Everybody knew Sugar Ray was going to sign up Andrew Maynard [to go professional after the Olympics.]”

After spending six-and-a-half years in the Army, Cole was discharged and decided to turn his attention to professional boxing after going 76-10 as an amateur.

The New Jersey native signed with Top Rank and formed part of “Triple Threat” a three-man team alongside Ray Mercer and Charles Murray.

Cole made his debut on the undercard of Michael Nunn-Sumbu Kalambay, with a third-round stoppage over Lorenzo Thomas in March 1989.

“I learned so much from Leon Taylor, he kind of made my career,” said Cole. “I lost for the first time and had to study and look at him.

They met in a direct rematch three-months later for the vacant USBA cruiserweight title. Cole heeded the lesson from the first fight and won 116-112 on all three scorecards.

“It was very close until the end of the fight,” said Cole, who won a 12-round unanimous decision. “Both of us were very tall and long but at the end of the ninth, 10th, 11th and 12th, I came on very strong and dominated the rounds.

“It was a great, special moment. I didn’t realize the notoriety of me being a world champ and how big it was until after I became world champ. 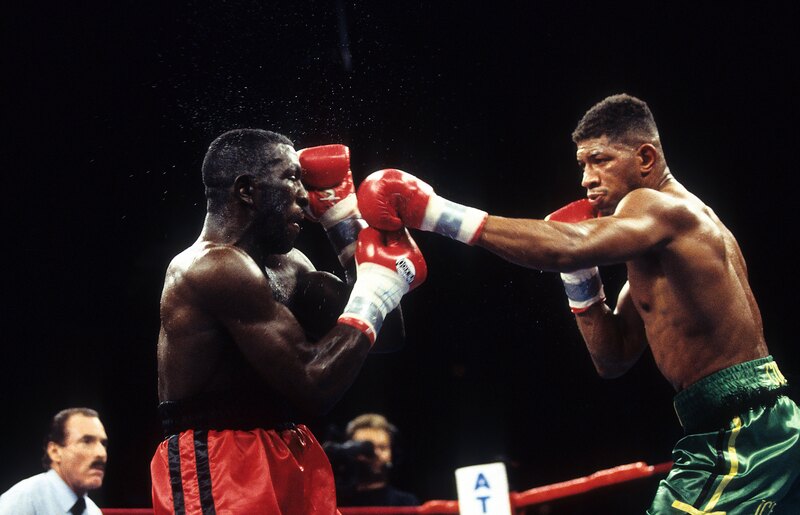 Over the next three-years, Cole made five successful defenses. His title reign was bookended by a pair of wins over big-punching Uriah Grant (UD 12/ UD 12). He also traveled to a neutral venue in Moscow, Russia to beat former world champion Glenn McCrory (UD 12) after both sides said they wouldn’t fight in the other’s home country. It was also the first world title fight in Russia. He later stopped Vincent Boulware (TKO 5) and scored a second win over Miller (UD 12).

However, at 6-foot-4, the lean cruiserweight was busting at the seams and in search of bigger paydays and greater glory. He decided to vacate his title and move up to heavyweight and face two-time heavyweight champion Tim Witherspoon in January 1996.

However, despite making a career high purse nothing ran smoothly.

“Witherspoon was not so good for me because I was in a big car accident about three weeks before the fight and I couldn’t move. My back was so bad but I had a contract that if I beat Tim then I would fight Riddick Bowe.

“I couldn’t move much but figured that I could out hustle the big guys but I got outhustled by Tim.”

The gamble didn’t pay off and Cole lost a near shutout 10-round decision to Witherspoon and saw those potential plans go up in smoke. Although he bounced back with a win, he was stopped by rising star Michael Grant (RTD 10).

Those defeats set the tone and over the course of the next decade Cole won some and lost some in boxing’s glamor division. He shared a ring with the likes of Kirk Johnson (D 10/ L UD 10), Corrie Sanders (L TKO 1), Jameel McCline (L UD 10), Juan Carlos Gomez (L TKO 5) and Jeremy Williams (D 10).

“I barely lost to Rahman,” he said. “After eight rounds the fight was even on the judges’ scorecards. I kept hurting him to the body and they kept saying it was a low blow. I felt they kept warning me and were going to try to give Rahman the fight. So, the last two rounds I didn’t do anything, I made sure I didn’t get hit but didn’t hit Rahman much. He was aggressive and was attacking me but I avoided him.

“If I had fought Rahman in a different city apart from his hometown, the fight would probably have been different.”

Cole fought sparingly and walked away from life as an active fighter after losing to Danny Williams (L SD 6) in September 2011. He retired with a record of (35-16-3, 16 knockouts).

In retirement Cole, has spent most of his time imparting his wisdom as a trainer and also acting. He has notably appeared in popular TV series, Law and Order and America’s Most Wanted as well as the hit motion picture Ali.

“It was great,” he said of appearing in Ali. “I loved to see how Jamie Fox, John Voigt and Will Smith lived the part. I learned a lot from them, how to carry myself.

Cole, now 58, is divorced, lives in Short Hills, New Jersey. He has four sons, though sadly his eldest has passed away.

Hasim Rahman: He surprised me. I always used to out jab people; it seems Hasim outreached me. He had a good jab. It was hard to get around.

Leon Taylor: Juan Carlos Gomez he was very elusive and quick and that made it difficult to land clean shots. I really couldn’t hit Keith McMurry. Leon Taylor was very slick and agile. He was so hard to hit him, I had to work really hard to hit him.

Corrie Sanders: He had handspeed like Roy Jones Jr. With Corrie, I didn’t get to see his shots coming.

Juan Carlos Gomez: Sometimes it looked like he was there and he wasn’t there.

Taylor: His angles and deception. He knew my move before I did.

Witherspoon: The only time I hurt him was to the body. He spat out his mouthpiece.

Sanders: One of the hardest hitters was Nate Miller. Sultan Ibragimov was a big puncher but I would say Corrie Sanders. I was stopped four times but he was the only one I was hurt by. I was dazed by Corrie Sanders. He hit me, I went down, got back up but when Corrie came in trying to finish me off his handspeed was everywhere.

Taylor: Gomez was a talented guy. Taylor was skillful. I could throw anything and he could counter me. He was technically sound. He was very awkward. I had a really hard time, I had to grow and learn how to fight better. He used to beat up Riddick Bowe and Mark Breland in sparring.

Sanders: I think Corrie was a heavyweight but he had handspeed like Roy Jones. He put Rahman down a few times and knocked out Wladimir Klitschko. Nobody else did what he did to me.