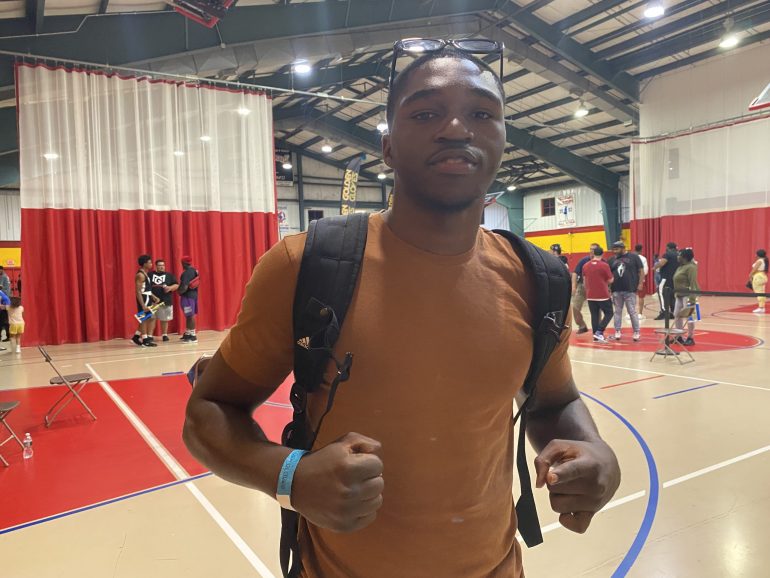 Life is getting a little less hectic for Dwyke Flemmings Jr. now that he doesn’t have to attend class every day.

The 18-year-old Flemmings (1-0, 1 knockout) graduated high school last Thursday, just in time to focus on training camp for his second professional fight, which takes place on July 30 at the Barclays Center in Brooklyn, N.Y. The four-round junior middleweight bout will be on the undercard of the Danny Garcia vs. Jose Benavidez Jr. event, which will air live on Showtime. Flemmings’ bout will be shown on the ShoSports YouTube channel.

Flemmings turned pro last Christmas at the Prudential Center on a card headlined by his long-time stablemate Vito Mielnicki Jr., but training while in school was a lot to handle. It meant waking up at 5 a.m. to run, attending class until the afternoon, driving an hour to the gym to work out and getting home at 10 p.m.

“It was real tough for me but now finally it’s over with and I can focus on boxing completely. I’ll be completely better,” said Flemmings of Paterson, N.J.

That doesn’t mean he’s done with boxing. The plan, he says, is to get to 15-0 and then study business management at a local college like Kean University or Middlesex County College, to manage the businesses he plans to start during his career.

Prior to turning professional, Flemmings Jr. had approximately 80 amateur fights, winning national tournaments and competing internationally in Hungary and in Spain, where he earned silver at the 2019 Youth and Junior International Championships.

The amateurs were just a place for him to get seasoned for the pro game, he says.

“I never saw myself in the Olympics. All these other people used to say I have a pro style. I used the amateurs as a learning stepping stone to get to the pros. I’m really doing what I love for a check, not a medal,” said Flemmings.

It isn’t hard for Flemmings to stay focused on boxing. His father, Dwyke Flemmings Jr., is one of the area’s top boxing trainers, working with pros like Jamir Cope and David Roman Curiel out of True Warriors Boxing Club in Paterson.

“It’s amazing and it’s tough at the same time. When I mess up I get it harder than anyone else do. He’s on my back ten times more,” said Flemmings.

Flemmings hopes a big performance on the Garcia-Benavidez card gets the attention of powerbrokers in the sport who can push him in the right direction. While Shakur Stevenson is currently the standard bearer of boxing excellence in the Garden State, Flemmings believes he’s on deck to carry that mantle.

“Not hoping, I’m for sure. I got this. After Shakur it’s definitely me,” said Flemmings.