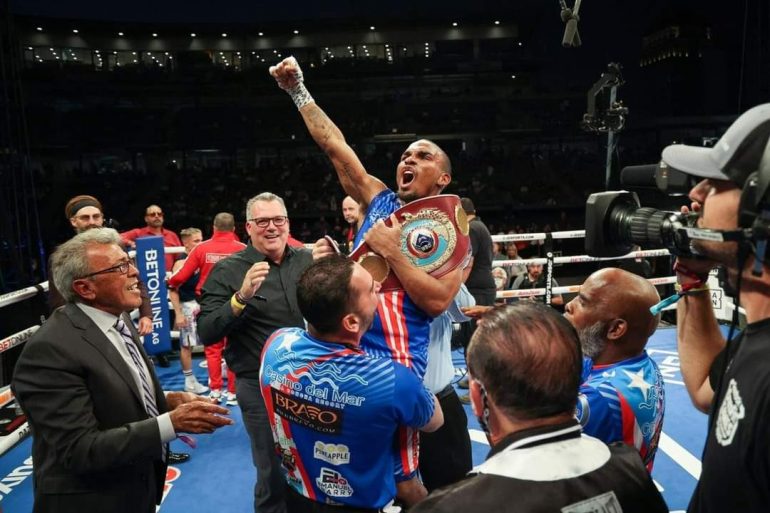 Jonathan “Bomba” Gonzalez overcame a strong first half by Mark Anthony Barriga to hustle his way to a unanimous decision victory Friday to retain his WBO junior flyweight belt.

The three judges scored the bout 115-113 and 117-111 on the two remaining cards at the Osceola Heritage Park in Kissimmee, Fla., preserving the 31-year-old Gonzalez’s status as the lone male world titleholder from Puerto Rico.

The fight was the first defense of the belt that Gonzalez (26-3-1, 14 knockouts) won by split decision last October over Elwin Soto.

Barriga would prove to be a tricky opponent as the 2012 Olympian from Panabo City, Philippines, walking Gonzalez into counter right hooks and left hands early on. Barriga (11-2, 2 KOs) didn’t have the power hurt Gonzalez, whose three previous losses were by knockouts to bigger punchers than Barriga.

Gonzalez began to establish his dominance in round ten, as Barriga loaded up wildly on his punches to try to put the fight away, but ended up missing more. Gonzalez used his size and boxing skill to back Barriga off with jabs, and pushed the pace as Barriga faded late.

Barriga, 29, has now lost in his two world title attempts, having dropped a split decision to Carlos Licona in December of 2018 for the IBF strawweight title.

The win was Cordova’s second against a fighter with a winning record, and comes just two fights after Aragon’s spirited challenge of WBA junior flyweight titleholder Hiroto Kyoguchi, whom Aragon outfight early on before a hand injury forced the fight to end in the fifth.