On this day: Brilliant Roy Jones beats the devil out of Vinny Paz 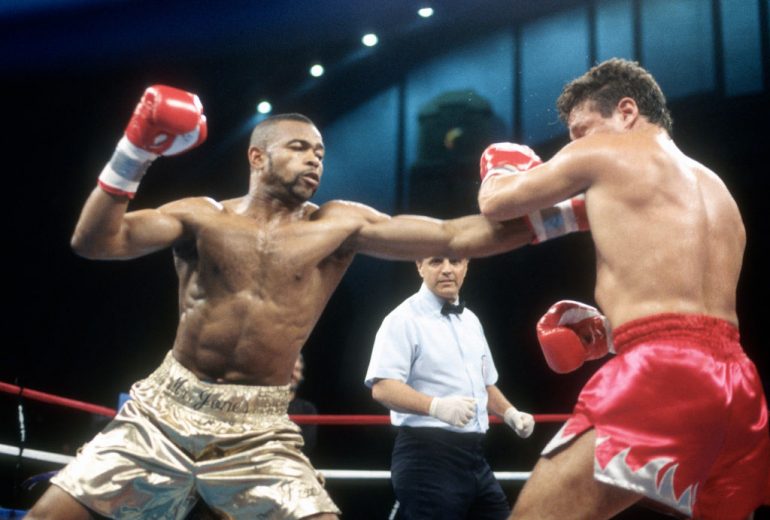 This may have been RJ at his very best.

On June 24, 1995, Roy Jones Jr. retained his IBF super middleweight title by scoring a dominant sixth-round stoppage over Vinny Pazienza at the Convention Centre in Atlantic City. The official time was 2:58.

Jones, who was making the second defense of the title he wrenched from James Toney eight months earlier, was on sizzling form throughout against the former two-weight world titleholder who gave everything he had in defeat.

A left hook and a string of follow up shots put Paz over for the first knockdown in Round 6. Running on empty, the challenger pulled himself up but he was knocked down again by a brace of solid right leads. In truth, referee Tony Orlando should have called the fight off and saved Paz from the inevitable.

Instead, Jones was given a free shot at “The Pazmanian Devil” . . . well, several.

The champion walked forward briskly with his arms stretched out to the sides. “I’m being forced to do this” was the message given to all in attendance, but there would be no mercy from the Pensacola star. Jones set himself and leapt forward with a perfect left uppercut to the chin followed by a double left hook, right hook, right uppercut, left hook combination. This finishing sequence was breathtaking, almost like something out of a video game.

But this was no game – it was Roy Jones Jr. on fire.