Axel Aragon wants rematch vs. Hiroto Kyoguchi, but must get past unbeaten Angelino Cordova 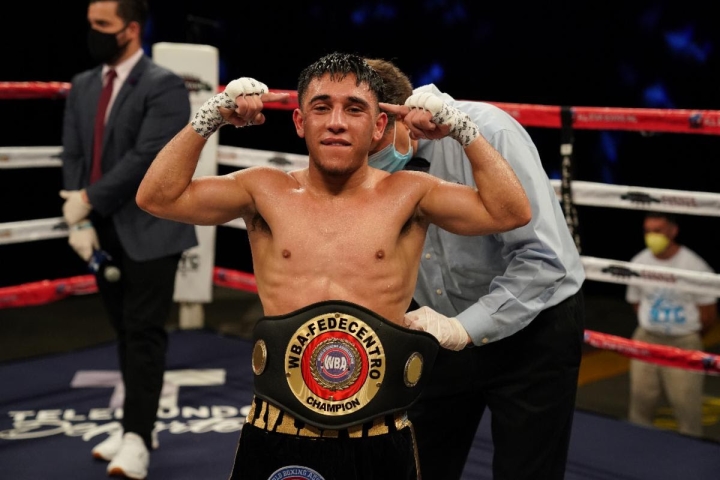 Axel Aragon is hoping for a rematch against Ring Magazine junior flyweight champion Hiroto Kyoguchi. As far as Aragon is concerned, he is the only fighter as a pro thus far who has fought on even terms against Kyoguchi before being stopped due to a hand injury.

A rematch against Kyoguchi will have to wait. Aragon must first take care of business against an unbeaten foe.

Aragon (15-4-1, 8 knockouts), who resides in Ensenada, Mexico, last fought on October 15, defeating Armando Hernandez Torres by unanimous decision. He will be facing an unbeaten fighter in Cordova (16-0-1, 12 KOs), who is making his United States debut. Cordova has only faced one fighter thus far with a winning record.

A win over Cordova would put Aragon back into world title contention, something Aragon is not taking lightly.

“This is a fight that means a lot to me,” Aragon told The Ring over the phone earlier this week. “We had a great preparation for this fight. We anticipate a great fight. We prepared the same way as if we were fighting for a world title fight.”

The 22-year-old faced off against Kyoguchi on March 13 of last year. Aragon fought effectively, utilizing an aggressive boxer-puncher style where he was able to outbox Kyoguchi at times. Going into the fifth round, one judge had Aragon up 39-37 while the other two judges had the fight even.

About midway through the fifth round, Aragon connected with a right hand to the head of Kyoguchi. After the punch landed, Aragon turned away, writhing in pain and prompting an immediate stoppage by referee Raul Caiz, Sr.

Aragon believes it is only right if Kyoguchi gives him a rematch or if the WBA, which also recognizes Kyoguchi as champion, mandates a rematch.

“I would like a rematch against Kyoguchi,” said Aragon, who is promoted by All Star Boxing. “I saw the fight against Esteban Bermudez (on June 10). He leads with his head and that’s how his fights are. I hope that the WBA, at least, orders a world title elimination bout for the right to Kyoguchi. I showed I’m not scared of him. I was outboxing him.

“I think that fight gave me more confidence. I know I have a fight against Cordova and I have to win that convincingly. I’m ready for that opportunity to face Kyoguchi again.”

Though he would rather face Kyoguchi next, he does not mind facing any of the top junior flyweights in the sport.