After winning his battle against himself, Jonathan Gonzalez set his sights on Mark Barriga 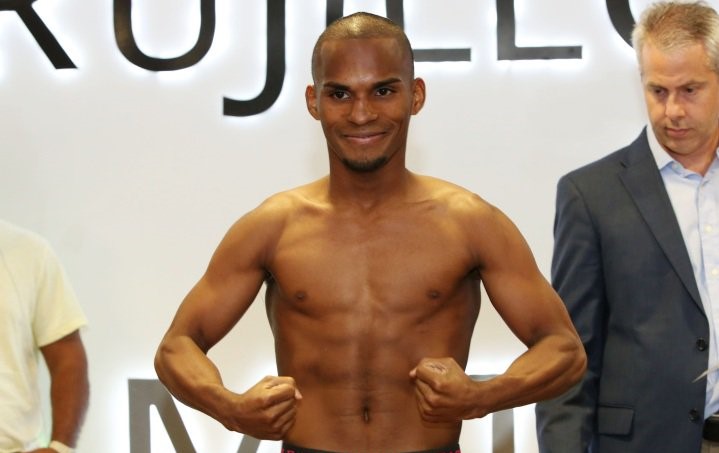 The bell rang, the fight ended, and the moment came to announce the result of the fight.

There was a winner, indeed. But no one knew who he was, even after the name was announced.

“It was in 2011. This guy had my same name, and even his second surname was the same,” said the current WBO junior flyweight titlist during a call from his camp in Caguas, Puerto Rico, as he gets ready to face Filipino Olympian and former title challenger Mark Anthony “Baby Boy” Barriga (11-1, 2 KOs) in a 12-round main event on Friday, June 24, from Osceola Heritage Park in Kissimmee, Florida and streamed worldwide by ProBox.

That fight was won by the right Gonzalez on that night, and “La Bomba” (25-3-1, 14 KOs) has been winning pretty much ever since, with the logical ups and downs of a fighter who has gone up and down in weight several times during his career by doing some serious sacrifices.

Gonzalez claims that this fight against his worst version of himself is all in the past.

“My secret is my discipline,” said Gonzalez, who is now a champion at 108 pounds (a weight in which he is pretty much undefeated) after struggling even to make weight at 112. “Before, it was difficult for me to make 112. I used to drink soda all the time, be out there eating and not taking care of myself. But then I looked for the right people to help me with my nutrition, and they helped me a lot. And my training has changed a lot in terms of attitude and in methods. I am almost not using the sauna. I used to use the sauna up to two months before a fight. I may use it to warm up a little bit, but that used to take a lot out of me during training. And thank God we haven’t used it too much anymore.

“I want to make two defenses, even though it is hard for me to make weight since I walk around at 130 pounds, but I hope to make those defenses and go back up to 112 pounds.”

Before that, he will have to go through Barriga, a tough customer with a superb resume. The 28-year-old contender represented the Philippines at the 2012 Olympics in London, and after turning professional in 2016, the explosive southpaw turned professional in 2016 and eventually had his first world title opportunity against Carlos Licona for the IBF 108-pound title. The fight ended in a close split decision loss for Barriga,

His record, however, does not impress Gonzalez at all. 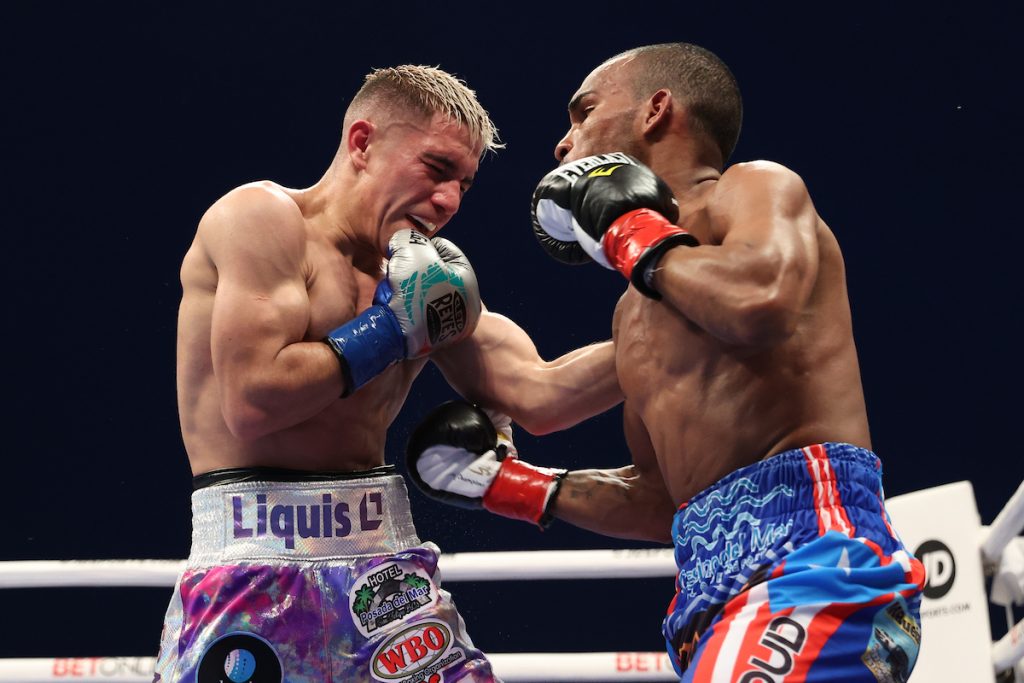 “We don’t analyze him based on his record, but I would rather fight an unbeaten fighter than a guy with 10 defeats,” said Gonzalez, when reminded that Barriga only had one loss in his career, which happened on the road and for less than three points on all cards. “Look at (Orlando) Salido, guys like that who have 10 or 15 defeats and they are the toughest out there. We don’t take any merits from (Barriga), he’s a great fighter, a former Olympian. We have seen videos and we analyzed his style, and I believe I can deal with that style.”

Dealing with Barriga’s style will require a solid strategy, and Gonzalez has it all figured out in his head.

“I believe the first four rounds it will be a chess match, since he is a good boxer and so am I. But from the fourth round on we are going to impose our style, our strengths. But like I said, I will be 108 at the scales but the next day I am at 130 pounds, and very well prepared. And that’s going to be the definitive factor. And from the fourth round on, I am going to impose my style, hitting the body, cornering him on the ropes, putting my punches together, and that’s what will take me to victory. Aside from my experience, of course, since I have fought with many different opponents with different styles. All those factors will get me the win, and I believe it can even be a stoppage win.”

Trained by his father Luis along with trainer Luis Estrada (who guided Jose Pedraza’s career), and helped by nutritionist Victor Martinez and cutman Roberto Quesada, Gonzalez feels he is in the right place to aim for achievements that he never thought possible before.

“I am in optimal conditions. I am fully focused in my training. In all of my training camps I’ve done a great job, but this one has been different. I’ve hydrated really well, and this has showed the result. My body has suffered modifications, thanks to my new discipline in the gym and outside too. At this point I see my career surging, I have a lot of goals that I set out for myself. I became a world champion, now I want to defend my title. I hope to make a couple of defenses at 108, and then I hope to come up in weight. And if I have the chance to have one fight at 105, I am not ruling that out either if it’s for a title.”

Dreaming of going all the way down to 105 after struggling to make 112 would seem unthinkable for anyone else, but Gonzalez claims he has learned the many lessons involved in his failed attempt to make everything work while doing all the wrong things.

“The truth is that the trip to Japan is very long,” said Gonzalez, referring to his trip to Nagoya in what turned out to be an unsuccessful challenge of Kosei Tanaka back in 2019, when he lost by stoppage in the seventh round. “It was a complicated trip, from Puerto Rico to Detroit and then to Nagoya. At that moment I was working a night shift, I wasn’t getting enough rest. I wouldn’t want to take any merit from Tanaka, but at that moment I realized the kind of level I had, although I was not training correctly. When I saw myself in the ring with a pound-for-pound entrant like Tanaka, I thought ‘if I manage to focus and be disciplined I can be at his level. Do I devote myself 100% to my game, or do I retire?’ And then I left my job and other things and I devoted fully to boxing.”

His newly found focus paid off, and only a few fights later and a few pounds below, Gonzalez was able to clinch his long-awaited world title when he bested Mexico’s Elwin Soto over 12 rounds in Fresno, California, in a fight that was scored much closer than what it had been in the ring.

“I believe I won 9 or 10 rounds,” said Gonzalez, who was nevertheless declared the winner by split decision with four points on the two scorecards that gave him the victory. “Bets were 8 to 1 against me. Not even Puerto Ricans thought that I had any chances. But like I said, maturity and discipline led me to defeat a fighter like Soto, who is one of the best in the division. A fighter who made four defenses, and you win against a fighter like that, I think that we beat a top fighter.”

And with the title, he also gained the confidence that he trusts will make a difference against Barriga.

“It has helped me a lot. Fighters are used to fight for vacant titles. And that’s OK. But this time they offered this fight to me, and I said yes and went for it, even if I was down 8-1 I didn’t care. As long as I was prepared, I had no fear”