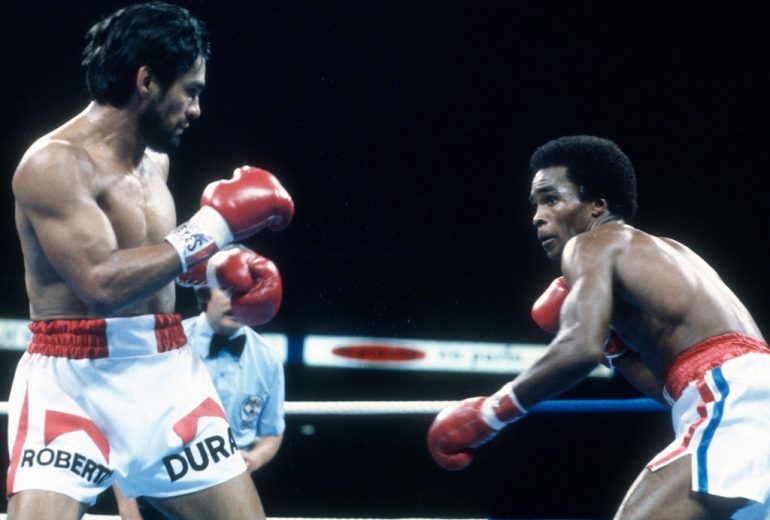 Duran and Leonard in their thriller from June 1980. Photo by Focus on Sport/ Getty Images
20
Jun
by The Ring

For more than one reason, you can make a case that it was the greatest triumph in boxing history.

Why was this win so big?

The previously unbeaten Leonard was a 9-5 favorite and regarded by many as the finest fighter in the world.

The naturally smaller Duran took the fight to Leonard and exhibited skill levels up close that have rarely if ever been bettered.

The fight was a never-to-be-forgotten classic and both men went to near-otherworldly lengths in pursuit of victory. The two-way action was so ferocious that all three judges has a hard time separating the fighters on the scorecards. Angelo Poletti, incredibly, scored 10 rounds even. Raymond Baldeyrou scored five even. Harry Gibbs scored four even.

Duran took his record to 72-1 with the greatest victory of his career. Leonard dropped to 27-1.