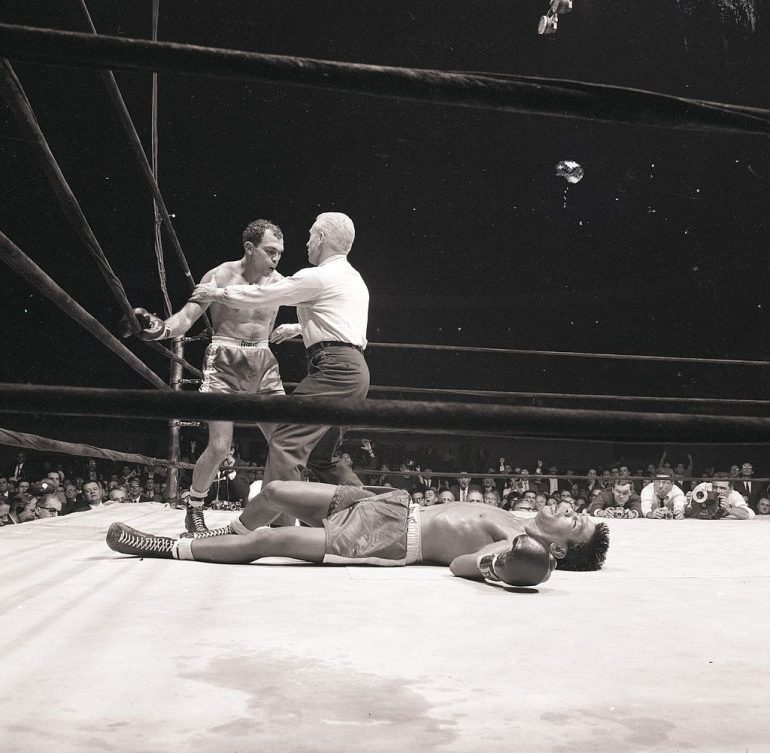 Three-time world champion Carlos Ortiz passed away on Monday at the age of 85 in New York.

The Puerto Rican great won his first world title in the then-lightly regarded junior welterweight division, stopping Kenny Lane (TKO 2) at Madison Square Garden in June 1959. He would make two defenses – Battling Torres (KO 10) and Duilio Loi (SD 15) – before losing the title to Loi on a 15-round majority decision.

His true calling, however, came at lightweight.

In April 1962, Ortiz took Ring and WBA titles from fellow Hall of Famer Joe Brown (UD 15) in Las Vegas. The following year, now fully in his prime, he halted Cuban star Douglas Valliant in 13 rounds to lift the WBC version and confirm his superiority as undisputed champion.

A brilliant title defense win over long-reigning 130-pound champion and future Hall of Famer Flash Elorde (TKO 14) followed, and the boxing world now acknowledged the young star as one of the finest pound-for-pound fighters in the world. Ortiz scored a repeat win over Lane (UD 15) before being outpointed in a close battle with another Hall of Famer; the legendary Panamanian Ismael Laguna (MD 15).

A much better of version of Ortiz turned up for the rematch and he outboxed Laguna (UD 15) with room to spare, regaining his championship in style.

A quality showing in a controversial 10-round draw with the great Nicolino Locche was actually booed in Loche’s home country of Argentina, but the champion was undeterred. Brilliant wins followed against Johnny Bizzarro (TKO 12), Sugar Ramos (TKO 5, TKO 4) and Laguna (UD 15) before Ortiz was upset by Carlos Teo Crus (SD 15).

Surprisingly this great champion never contested another world title bout. He did fight several times, however, and retired following the only stoppage defeat of his career, to Ken Buchanan (TKO 6) on the undercard of the Muhammad Ali-Floyd Patterson rematch in September 1972 at MSG.

Ortiz was the epitome of a champion. He bested all-time greats, bounced back to avenge defeats, and cleared up any controversy – as there was in the first Ramos win – to prevail legitimately. He could box and brawl in equal measure and represented his country with pride. While modern-day stars such as Wilfredo Gomez, Wilfred Benitez, Felix Trinidad and Miguel Cotto competed more recently, Ortiz is arguably the greatest Puerto Rican fighter of them all.

The Ring wish to extend their condolences to the family and friends of a true all-time great.