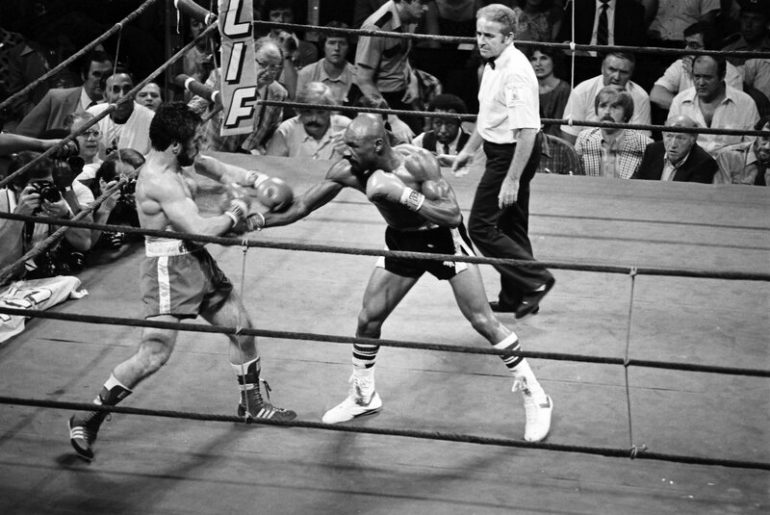 Vengeance had been at the forefront for over a year and a half.

Both fighters originally faced off on Nov. 30, 1979, in Las Vegas, and Antuofermo was deemed very lucky to retain the championship via a 15-round draw. Since then, Antuofermo had lost the title to Britain’s Alan Minter, who was subsequently destroyed by Hagler.

As with the first fight, there was controversy in the return. Seconds into the opening round, Antuofermo was cut by a clash of heads and Hagler immediately went to work on the wound. When that session ended, trainer Panama Lewis and cutman Freddie Brown protested vehemently that Hagler had butted deliberately. However, referee Davey Pearl rightfully stuck to his guns and ruled “an intentional butt.”

Hagler decked Antuofermo with a sharp straight left in the Round 3 and blood continued to affect the challenger’s vision. In the fourth, another head clash opened up a new injury on Antuofermo’s face and the bout was called off between rounds. Arguments continued long after Hagler was announced as the winner, but this rivalry was now over.