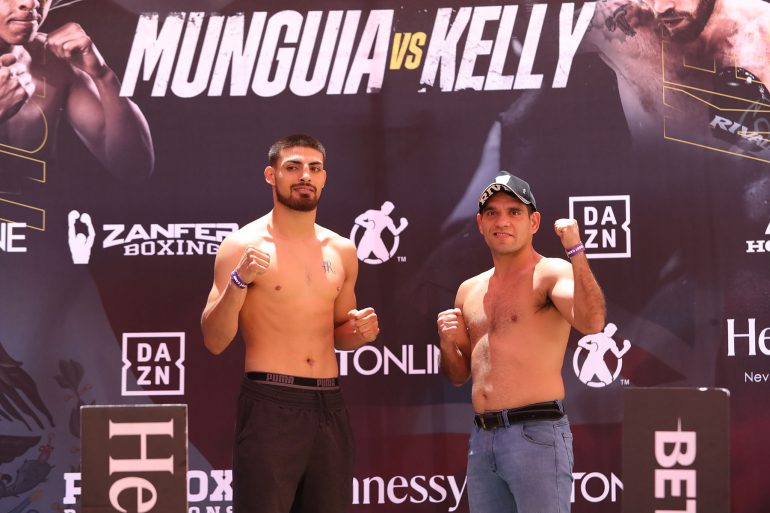 ANAHEIM, Calif. – Fringe junior middleweight contender Carlos Ocampo did not have to break a sweat Saturday night against Vicente Rodriguez.

Ocampo ended matters in the opening round, knocking out Rodriguez in the opening round to improve to 34-1 (22 knockouts). The Ocampo-Rodriguez fight took place at the Honda Center and was the final preliminary bout before the main Golden Boy Promotions card was to air on DAZN.

Saturday night was supposed to be a stay-busy fight for Ocampo, who resides in Ensenada, Mexico. Ocampo was coming off a ninth-round knockout win over Mikael Zewski in his last bout on March 25.

The taller Ocampo worked from the center of the ring, walking Rodriguez down. A well-placed left hook to the body dropped Rodriguez to the canvas. Rodriguez writhed in pain as referee Thomas Taylor counted Rodriguez out at 2:06.

The 26-year-old Ocampo has won his last 12 fights, nine by knockout, since suffering the only loss of his career at the hands of IBF welterweight titleholder Errol Spence in June 2016.

Rodriguez, who resides in Buenos Aires, Argentina, drops to 40-11-1 (21 KOs). The 37-year-old is best known for losing by knockout to Adrien Broner in November 2011. The vacant WBO world junior lightweight title was on the line.

Reyes (8-0, 5 KOs), who resides in Mexicali, Mexico, dropped Flores with a barrage of punches to the head. Flores beat the count, but Reyes went in for the finish, battering Flores against the ropes, prompting referee Gerard White to stop the fight at 50 seconds.

Lightweight Japhethlee Llamido of nearby Norwalk dropped Tijuana’s Saul Hernandez (17-16-1, 12 KOs) once en route to a one-sided decision victory. All three judges scored the bout 60-53 in favor of Llamido, who improves to 8-0, 3 KOs.

In the opening bout of the Golden Boy Promotions card, junior middleweight Jorge Estrada of Mexicali (3-0, 3 KOs) stopped Hassan Coleman at 1:51 of the first round. Coleman, who resides in Los Angeles, was making his pro debut.