Richard Riakporhe turned his life around after near-death stabbing, and now closes in on title shot 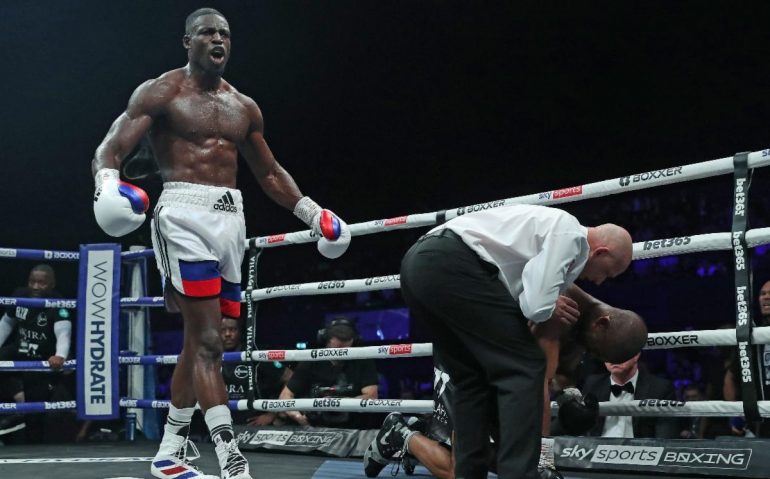 Riakporhe finishing off Deion Jumah in his most recent bout. Photo by Lawrence Lustig / BOXXER
08
Jun
by Ryan Songalia

Richard Riakporhe believes he’ll be one of the least experience cruiserweight champions in history, if and when he wins a world title.

Though he only picked up boxing at age 18, and had just 17 amateur bouts before turning professional, the 32-year-old cruiserweight contender is picking up experience on the job, winning bouts against unbeaten domestic prospects like Chris Billam-Smith, Sam Hyde and Deion Jumah with his serious punching power and awkward boxing skills.

“It just shows what I’m capable of. Even in those wins a lot of people saw flaws in me but I’ve still managed to get those victories,” said Riakporhe (14-0, 10 knockouts) of the Walworth section of London, England.

Riakporhe takes his next step towards title contention when he faces Fabio Turchi (20-1, 14 KOs) this Saturday at Wembley Arena in London in a 12-round bout. The fight, which will be broadcast live on Sky Sports, will be an elimination bout for an IBF cruiserweight title opportunity.

“He has a decent amateur record. He’s been around the block. He’s been to the Youth Olympics, he’s boxed in the World Series of Boxing,” said Riakporhe of Turchi, a 28-year-old southpaw from Florence, Italy. Turchi’s lone defeat as a pro, a split decision in 2019 to Tommy McCarthy, came against a fighter whom Riakporhe had beaten just prior.

Should he win on Saturday, Riakporhe would likely be next in line to face RING/IBF cruiserweight champion Mairis Briedis, who has his second title defense lined up for July 2 against Jai Opetaia in Australia.

“I was in the wrong place at the wrong time with the wrong people; it was just that simple,” said Riakporhe of the night he was stabbed in the chest by a belligerent man accusing strangers of having stolen his phone. Two others were also stabbed that night by the knife-wielding madman, but only Riakporhe’s injuries were life-threatening. He considers himself fortunate to still be alive.

“I had to do an operation, they sawed open my sternum to see if there was any damage to my arteries, thankfully there was no damage. I had internal bleeding, they had to drain me,” recalls Riakporhe.

He survived, but saw that hanging on the streets of London and looking for trouble in the local party scene was a dead end path. Growing up in the notorious Aylesbury council estates in Southeast London, the violence and criminality surrounding him had been normalized. He knew he needed a way out, and saw that path through education.

At 18, he enrolled in Kingston University, where he graduated in 2015 with a degree in marketing. Around the same time he was pursuing college, he discovered boxing after accompanying a friend to a nearby gym. He was mesmerized by how masterful his friend’s punches were, and decided to learn strictly for self defense purposes.

After a year of training, Riakporhe took part in the 2011 Haringey Box Cup amateur tournament in London. It was only after he stopped six out of his seven opponents in the light heavyweight competition to win the championship that he realized he had otherworldly punching power, and might have a future in the sport.

More than that, the training gave him something constructive to focus on and kept him out of trouble.

“I was on a bad path and boxing saved me because it kept me occupied. I had championships to train for so I couldn’t hang around the block all the time with my friends,” said Riakporhe, who is rated no. 7 by The Ring at 200 pounds.

“I ended up living a completely different life, whereas all the people I knew back then, they ended up going to prison or getting killed. It was one of the best decisions I ever made in my life.” 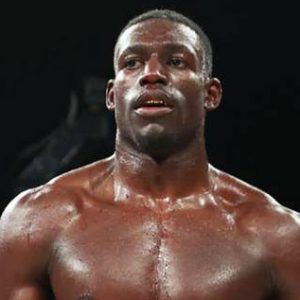 Riakporhe’s boxing dreams remained on hold while he focused on college, and he finally turned professional in 2016.

Riakporhe now trains out of the boxing gym at London’s Loughborough University under Angel Fernandez, the Spaniard who has been one of Anthony Joshua’s assistant trainers for several years. Riakporhe is now promoted by Sky Sports and Boxxer.

Riakporhe has sparred plenty of rounds together, though they haven’t worked against each other in the gym for this camp because both are facing southpaws. He says Joshua’s work ethic is what has been most impressed upon him. He recalls how Joshua, then the unified heavyweight titleholder, was back in the gym a week later after his 2020 knockout of Kubrat Pulev, to spar with Riakporhe.

“That’s when I realized this guy was gonna be on to bigger things in boxing because a lot of fighters, they will literally take a few months off and disappear but he was right back in there,” said Riakporhe. “It just gave me that reminder that this is a serious sport, it’s a lifestyle and if you really want to get to the top this is what we’re gonna have to do.”

Joshua has now taken on 2012 BWAA Trainer of the Year Robert Garcia to prepare for his return bout this summer against Oleksandr Usyk, who defeated Joshua last September to lift the belts.

Garcia has observed Riakporhe for the past few weeks, and will be one of the assistants in his corner this weekend. The California native says he sees a future champion in Riakporhe.

“He’s a very strong kid. He has very good height and reach and knows how to use it,” said Garcia.

“He’s solid at that weight division and the main thing that I’ve noticed is he’s very dedicated. He’s ready to get the big fights and become a world champion.”

Riakporhe wants to prove Garcia and the rest of his team right, with the next step coming this Saturday.

“For this fight what I’m hoping to prove is that I’m number one, and I’m gonna deal with [Turci] in good fashion. I’m not taking him lightly at all. He’s definitely dangerous and has got a bit of power,” said Riakporhe.

“I just want to continue making statements and let the world know who Richard is, The Midnight Train.”