Weights from Minneapolis for Fulton-Roman on Showtime Saturday night 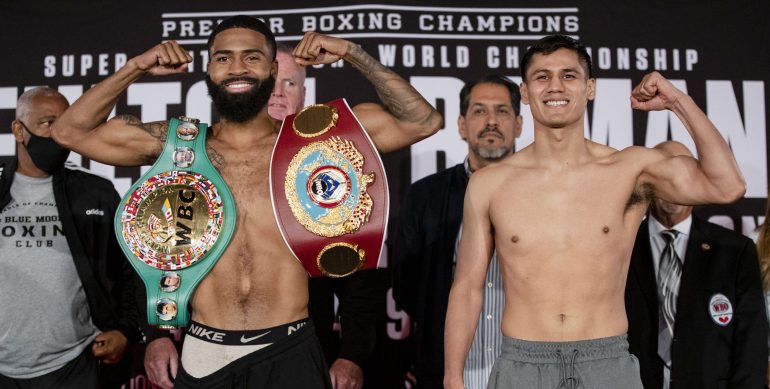 Fulton stated that he was not 100-percent when he beat Brandon Figueroa for the WBC belt last November when he did not cut weight properly.

This time, “Scooter” says, he did.

These are the weights on the double-header, which also features rising undefeated super middleweight David Morrell against dangerous Kalvin Henderson.

The telecast begins at 9 p.m. ET/6 p.m. PT from The Armory in Minneapolis and starts with a replay of Gervonta Davis’ sensational stoppage of Rolando Romero last Saturday night. ALL ACCESS: DAVIS VS. ROMERO Epilogue will premiere immediately following the conclusion of SHOWTIME CHAMPIONSHIP BOXING.

The weights, judges and referees are listed: