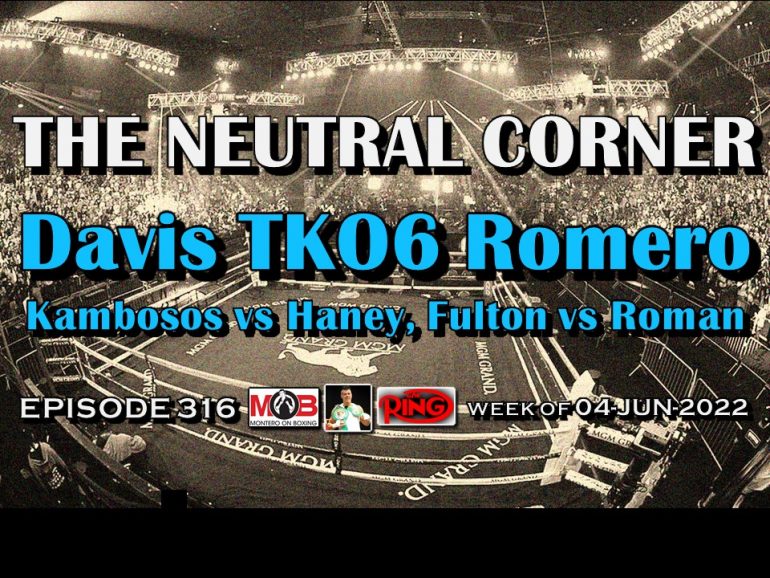 31
May
by Michael Montero

On episode 316 of The Neutral Corner boxing podcast, host Michael Montero gave his thoughts on the third fight between Canelo Alvarez and Gennadiy Golovkin, which will take place on September 17 at a site to be announced.

On Saturday, May 28, Gervonta “Tank” Davis scored a TKO6 win over Rolando “Rolly” Romero at the Barclays Center in Brooklyn, New York. The bout served as the main event of a Mayweather Promotions card that was broadcast on Showtime PPV. In the co-main, Erislandy Lara scored a TKO8 win over Gary “Spike” O’Sullivan.

Sunday, June 5 (Saturday in the USA)