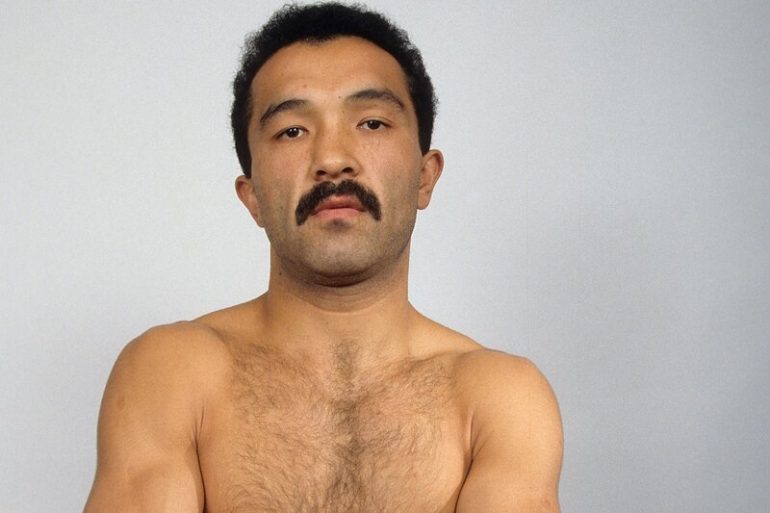 Underrated boxer-puncher Orzubek Nazarov was a highly decorated amateur who later enjoyed success as the WBA lightweight titleholder in the early-mid 1990s.

Nazarov was born in Kant, Kyrgyzstan, near the Kazakhstan border on August 30, 1966.

“I was born and raised in a large working-class family,” Nazarov told The Ring. “My father was a bus driver, and my mother worked at a bakery and then as a conductor on the bus with my father.

“We lived as a big family, five children, two older brothers and two younger sisters, father, mother, grandmother and grandfather. We all lived in one big friendly family house.

“My childhood, like all Soviet children, was not rich, but most of the time we spent cheerful with friends on the streets. We did the housework, preparing firewood, maybe it helped me, the fact that I often chopped wood, felling firewood is a boxing exercise. In principle, I am a rural guy, I have always worked in the villages on the land, planting potatoes, picking fruit, collecting vegetables and preparing firewood for the winter.”

Nazarov wasn’t interested in wrestling or athletics and began boxing when he was 10-years old. He became USSR youth championship in 1982 and was awarded the assignment Master of Sports of the USSR.

“This is a very honorable title to this day,” he said. “And then I perceived all the victories and defeats as work. The first big victory – the brightest.”

That was just the springboard he needed and he went on to excel as an amateur, winning gold at the 1984 European junior championships. He enjoyed further success as a senior, becoming the Soviet Union national champion in 1985, 1987 and 1988. He beat Kostya Tszyu in the final of the 1988 games but lost to him the following year.

Nazarov had aspirations of representing the Soviet Union at the 1988 Olympics but was cruelly denied when he was hospitalized with an appendicitis just before the tournament. He left the amateur scene with an impressive record of 153-12.

With options limited at home, Nazarov opted to work with Masayuki Kanehira, of the famed Kyoei boxing Gym in Tokyo, Japan, who spotted a gap in the market.

“We flew to Japan with a team of 6 people, Vyacheslav Yakovlev, Vyacheslav Yanovsky, Ramzan Sibirev, Ruslan Taramov, Yuri Arbachakov and me,” he said. “It was hard for us, the language, the difference in the culture. The most important thing is that the Japanese are people of their word, many fights were discussed in words, and on the part of the Japanese company, the conditions were generally fulfilled.

“The desire to become champions and the friendly team of boxers helped us achieve our goal. [Trainer] Alexander Zimin played an important role in my development as a professional boxer.”

Nazarov turned professional on the same card as his fellow expats and stopped Makoto Nishizawa in the opening round in Japan in February 1990.

“Gussie” adapted to the professional code quickly and claimed the Japanese 135-pound national title in his sixth outing. The hard-punching southpaw made two defenses before winning the OPBF title in his 12th bout. Nazarov made five defenses of the OPBF title while moving up the rankings.

After waiting a year-and-a-half for his title opportunity he was rewarded with a shot at recently minted WBA lightweight titleholder Dingaan Thobela in Johannesburg, South Africa in October 1993.

“No one in Japan believed that I could win on the opponent’s home territory,” he recalled. “When I flew to South Africa, I was greeted as a person who came to be beaten.

“I thought that they knew everything about me, but they did not even know that I was from the former Soviet Union. The country of Kyrgyzstan meant nothing to them. They thought that I was from some prefecture of Japan, and our delegation was met by a Japanese translator not Russian. All preparations for the battle were made so that Thobela would win, no one imagined that I could win.

“The fight for me was difficult psychologically, but physically I had no doubts. Only two people believed in my victory – Zimin, myself and another correspondent in Japan.

“The fight was tough and lasted all 12 rounds. I was knocked down in the fourth round but after the sixth round I was in complete control of the situation and in the 10th round I knocked down Dingaan. The task of Dingaan was to stand 12 rounds, he coped with this task, but I did not give him a single chance to win and I became the world champion.”

“There was a rematch, also in his homeland,” he said. “In the rematch, everything was already easier, although the fight also lasted 12 rounds and I defended the world champion belt.”

Next up, Nazarov retained his title by bludgeoning two-weight world champion Joey Gamache (KO 2) into defeat, stopping the shell-shocked local hero in Portland, Maine in December 1994.

After reeling off three routine defenses in his adopted homeland he headed back to America and stopped future lightweight titlist Leavander Johnson (TKO 7).

However, while closing in on a more significant fight, he was attacked by a gunman in Kyrgyzstan.

“I lost two of my friends in the car,” he said of the incident which also saw him shot in the arm. “I was at the wrong place at the wrong time – it happens.”

Thankfully, he recovered and worked his way back into fighting shape with two non-title bouts in France. Nazarov was brought back to face Jean-Baptiste Mendy in Paris in May 1998.

“During the fight, I was blinded in one eye in the fourth round,” said Nazarov, who lost a 12-round unanimous decision. “But I refused to withdraw from the fight and had boxed for 12 rounds. Many newspapers wrote that this was a heroic act, but I think it was a very stupid act, since then I cannot see with my left, but this is life.

“There were many operations, now my left eye does not see, but this does not prevent me from working, exercising, moving, studying with children. I am just a little uncomfortable, but I’m already used to it.”

The defeat but moreover the injury brought his career to a jolting conclusion.

“I challenged Oscar De La Hoya, but the Oscar promoters did not want this fight to take place,” said Nazarov, who walked away from boxing with a record of (26-1, 19 knockouts). “I really wanted to become the undisputed world champion, but the Mendy fight put an end to those hopes.

“Everything that is done in life is fate and today it is not worth talking about what did not happen. I am happy with my sports career and with what I am doing now.”

Nazarov, now 55, is married and lives in Bishkek, Kyrgyzstan. He has two children from his first marriage and another from his second marriage and a total of four grandchildren. He owns a distribution company.

He was elected to the parliament of Kyrgyzstan in 2007, though is no longer involved in Politics. He is the vice-president of the boxing federation of Kyrgyzstan. There is a boxing school named after him in Bishkek. He is a well-respected public figure, who many consult and ask for his advice.

Dingaan Thobela: Thobela’s jab was very good in the first fight, long and he disguised it well. In the second fight he didn’t use it as much.

Thobela: He was skillful and it was difficult to land clean shots on him.

Joey Gamache: He threw quick combinations but I was too strong for him.

Gamache: He moved well on his feet but I jumped on him quickly when he was hurt, I didn’t allow him to get into the fight.

Leavander Johnson: Johnson was a very good fighter, he was a thinker.

Johnson: He was strong because he thought.

Thobela: We fought twice, we boxed 24 rounds and I dropped him but he survived. He held and grabbed that is the reason I didn’t knock him out.

Jean-Baptiste Mendy: The hardest puncher was Mendy because, I still can’t see with my left eye.

Thobela: Thobela was very skillful, he knitted his punches together well.

Thobela: The boxing school of Thobela was at a high level. Thobela was the best, maybe because it was my first world title fight. I am the best because I beat all my opponents [laughs].