George Kambosos Jr. and Devin Haney get their first face-off in Australia 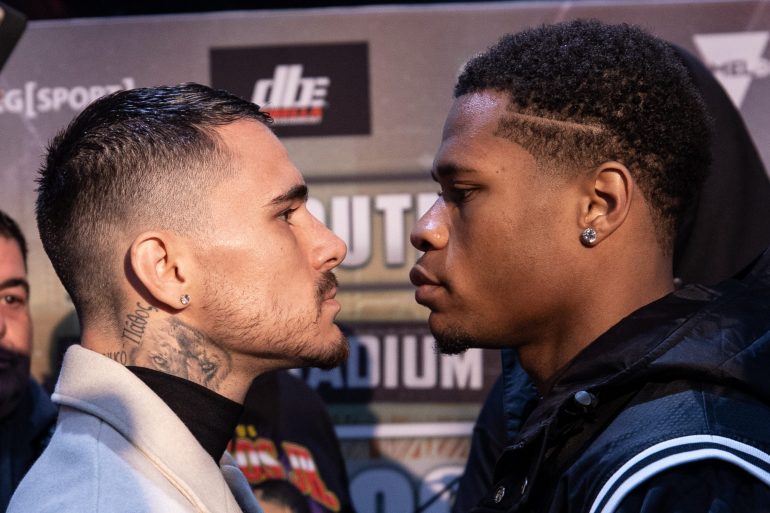 For more than five minutes, the two combatants talked trash. They did not come to blows, but the mental warfare was in full effect.

Fight week kicked off in style with an opening press conference at Culture Kings in Downtown Melbourne.

Unified champion Kambosos (20-0, 10 KOs) and WBC king Haney (27-0, 15 KOs) are set to do battle in one of the biggest boxing matches in Australian history. The Down Under showdown will be broadcast live in the United States in prime time this Saturday (Sunday local time) on ESPN, ESPN Deportes and ESPN+.

This is some of what Kambosos and Haney had to say during a manic Monday in Melbourne:

“This is amazing. This is what the sport is about, and I made this happen. I chose the biggest fights possible. I took out Teofimo Lopez. Obviously, this guy… I was prepared to fight Lomachenko. That was done. He couldn’t make it because of the (Ukraine) war. No problem, Devin, wanna step up? And he did, OK, but he was forced into this. He’s not my mandatory.”

“I became more obsessed. I became champion and realized I loved this sport more than anything in the world. I’m very blessed to be here. I made this happen. If it wasn’t for me, this wouldn’t be happening today here, and bring it on.”

“It’s great to be back home. Five years of hard work. Everyone knows the story. I had to go through every bit of adversity. I had to earn my belts, earned them the hardest way. Not like this guy. He got given a present. I earned mine. I took the best out. It is great to be back home, great to have the support. I know that stadium will be buzzing with my support, but I just love to fight. Me and him in there, in that ring. It’s a great moment for Australian boxing, and I am very excited.”

“The government would not have put up the money if it wasn’t against me. Me or Loma. And then Loma couldn’t fight, so then you had to pick me.”

“What was the point of even coming if you didn’t bring the belts? Aren’t we fighting for the belts? Didn’t the government put up the money for all the belts and didn’t the media come out because this is an undisputed fight between two champions? Why wouldn’t you bring the belts? Fu*king clown.”

“This means everything. It’s a dream come true of mine since I was a young kid. This is the biggest achievement of boxing. I can’t wait for June 5 to come.”

“There’s nothing he can do in the ring that’s better than me, and I will show it on fight night. I take nothing away from him. I think that he’s a good fighter, but I just think I’m on a whole different level.”

“This fight feels different for me. It’s something that I can really get up for. I just can’t wait.” 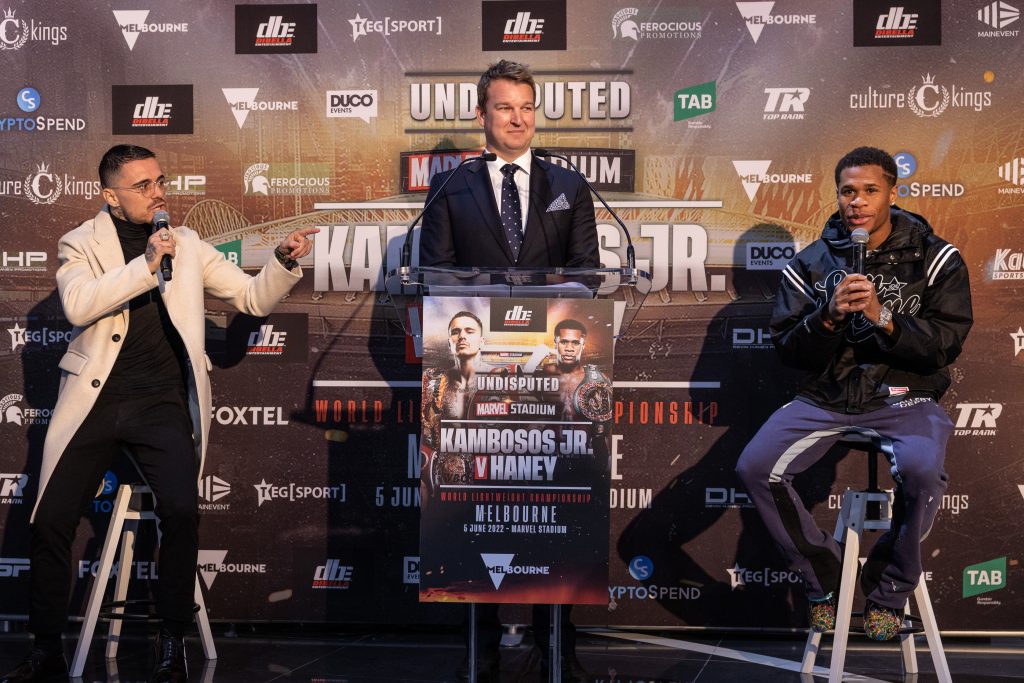