Jason Moloney ready for a barnburner on the Kambosos-Haney bill 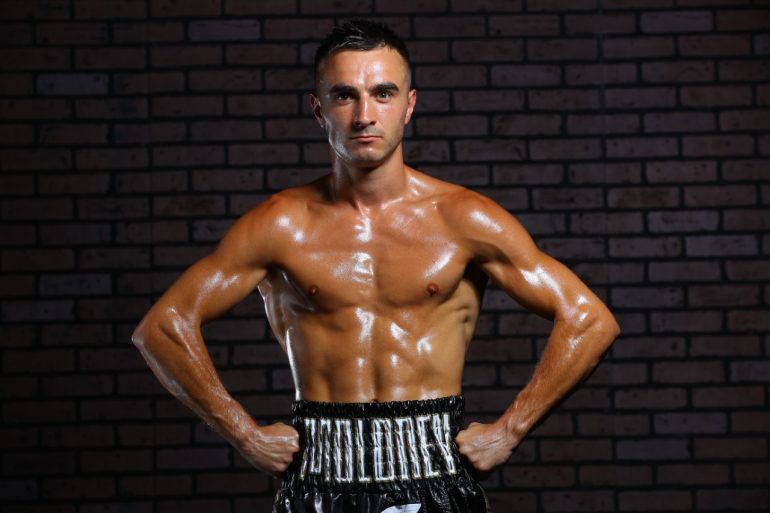 30
May
by Anson Wainwright

Former two-time world title challengers Jason Moloney and Aston Palicte will meet in a scheduled 10-round bantamweight bout as the chief support to the undisputed lightweight title clash between George Kambosos Jr.and Devin Haney at the Marvel Stadium, Melbourne, Australia on Saturday.

Moloney, who is rated No. 4 by The Ring at 118-pounds, knows the importance of his fight with the big-punching Filipino.

“I’m expecting a really good, hard fight from Palicte,” Moloney (23-2, 18 knockouts) told The Ring. “This is two hungry, former world title challengers, who will both be coming with absolutely everything they have to win this fight. There really is a lot on the line and I think people can expect an absolute barnburner.”

The 31-year-old is chomping at the bit to perform in front of what expected to be a large crowd.

“Having a stadium fight like this in Australia is fantastic,” he said, proudly. “Everyone is really pumped for this event and it’s exactly what we need to help continue growing the sport in our country.

“This really is a dream come true. Years ago, I would often go to Marvel Stadium to watch the football and think how incredible it would be to fight there one day so I am very grateful for this opportunity and I’ll make sure that I seize this moment and deliver the best and most impressive performance of my career. I want all of 60,000 people in the crowd to leave saying they can’t wait to watch Jason Moloney fight again.”

Moloney, who came up short against then IBF 118-pound titlist Emmanuel Rodriguez (SD 12) in 2018 and Ring, WBA and IBF titleholder Naoya Inoue (TKO 7) in 2020, has won his last two fights and looking forward to fighting on Australian shores for the first time in two-and-a-half-years.

“I’ve really enjoyed fighting in America trying to establish myself on the big stage but I’m very excited to be back fighting at home in Australia,” he said. “It is great for me to come back and fight in front of my family, my friends and everyone who has supported me since day one.

“Everyone is so excited for this event and I can’t wait to put on an amazing performance.”

Moloney knows Palicte will be a difficult opponent but views him as a necessary evil if he is to again contend for world honors.

“Palicte is a very good fighter who presents plenty of danger,” explained Moloney. “Myself and Palicte have both fought for a world title on two occasions and both fallen short. I lost a split decision and Palicte has had a draw [against Donnie Nietes] in world title fights so we have both come as close as possible to achieving our dreams.

“I think coming so close and falling short has to make you even more hungry. The winner of this fight will almost certainly get another world title shot while the loser will take a big step back.

“With so much on the line I know that we will both come to fight and give absolutely everything we have to win. This will be an incredible and exciting fight for the fans.”

In preparation, Jason has trained alongside twin brother Andrew, who will also fight as part of the event, at their gym in Cudgen, northern New South Wales.

The brothers are always on their toes at the threat of the odd uninvited guest who occasionally show up at the gym.

“I haven’t seen a snake for the past month or so,” he said, laughing. “But we found an enormous snake skin that a snake has recently shed inside the gym. So, there is a massive one hiding somewhere!”

With that kind of imminent threat, Moloney welcomes all comers in the ring and hopes to go big-game hunting if victorious against Palicte.

“Any of the champions – anywhere, anytime,” he said. “I am so hungry and determined to become world champion that I just want my opportunity. Winning this fight will hopefully see me rise to number one with the WBO and I would absolutely love to fight the new champion Paul Butler as soon as possible.

“Two days after my fight will also be the Inoue vs. [Nonito] Donaire rematch so I will definitely have a close eye on that fight and would love the opportunity to fight the winner of that fight.”

Tony Tolj, who has expertly managed Moloney, is grateful to have been able to get this opportunity for his fighter and knows victory will set him on an even greater path.

“I’m very pleased to have Jason on this card as the chief support,” said Tolj. “He has worked tirelessly and Top Rank have rewarded him with the opportunity.

“Palicte can fight and it would be one of Jason’s toughest tests to date but I believe he will pass with flying colors and be right in the line for either Inoue-Donaire winner or Paul Butler. It will be Jason’s third shot at a world title and third time’s the charm, but the road begins at the Marvel Stadium and I’m ready to see some mayhem.”

Palicte turned professional in 2010. As he moved through the ranks, he lost a couple of times before claiming the NABF junior bantamweight title with an upset of previously unbeaten Oscar Cantu (SD 10) in 2016. The big-punching Filipino received his first world title shot when he fought Donnie Nietes to a draw for the vacant WBO 115-pound title.

Subsequently, Nietes edged Kazuto Ioka for the vacant title but when Nietes vacated the title Ioka and Palicte met to fill the vacancy. Ioka impressively stopped Palicte in 10-rounds to win the title. After losing his return bout, Palicte has re-established his credentials with three wins to take his record to 28-4-1 (23 knockouts).