Emerging Victor Padilla won’t be a Philadelphia secret for long 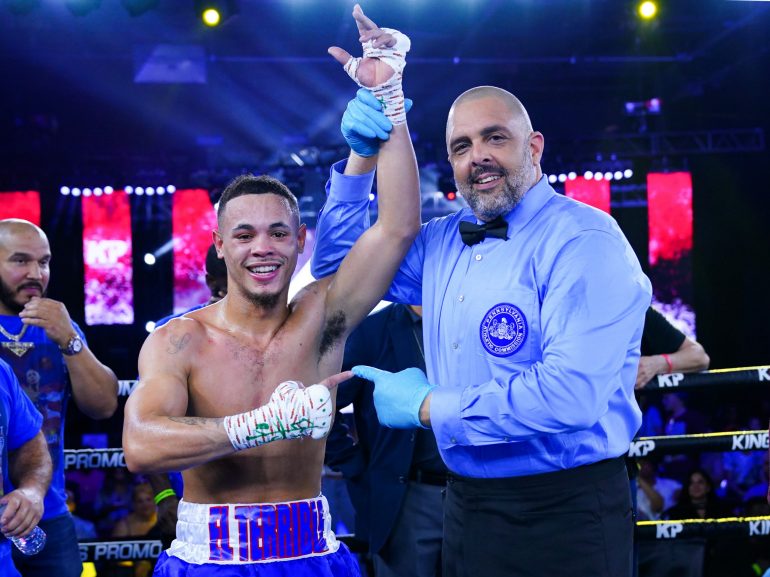 A round later, he had him out.

Padilla, 23, is a southpaw lightweight that is one of the best kept secrets in boxing—for now. The talented 5-foot-8 Padilla (10-0, 9 knockouts) remained undefeated by stopping the taller Perez (13-14-1, 7 KOs) at 1:53 of the third at the fabled 2300 Arena in Philadelphia on Friday night in a King’s Promotion event.

Padilla came off a 14-month layoff. He’s surrounded himself with a new team and new trainer and Friday night was a great first step.

“This was great for me,” Padilla said. “I’ve had a lot of downs and a few ups, and I’m still here. I signed with Top Rank when I was 17 and they released me. I was young and had nobody who actually cared for me and who took advantage of me.

“Tonight means I’m back. I felt a little ring rust. I’m looking to fight two more times before the end of the year. I’m back and not hurting. This means a lot.” 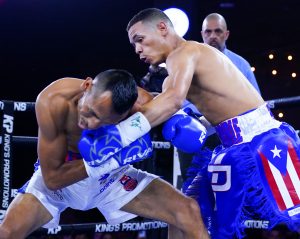 Padilla jumped on Perez early, stinging him with a combination to the head and body. But it was Perez who was backing up Padilla after that with counters and his long jab. Perez used the jab well and had Padilla regrouping.

In the second, Padilla dropped Perez with a straight left, catching Perez in the middle of a wild, wide attack. It was a perfect shot, which caused Perez to crumble to the canvas.

Padilla adjusted incredibly well. He went with a body attack, and stepped forward into Perez’s grill. He also knew when to crouch under Perez’s wild swings.

A Padilla right hook caught Perez on the jaw coming forward in the third. Perez once again found the canvas. This time, however, he could not get up. The end came at 1:53 of the third in the scheduled eight-rounder.

Burgos and Teasley put on a nice show. The welterweights had four rounds in which to operate, so both applied pressure to one another immediately, with southpaw Burgos getting the better of the taller, rangy Teasley. It was only Burgos’ second fight as a pro, although it didn’t look like it.

In the third, Teasley tried using his superior height to keep the surging Burgos off of him, and it worked. For about a minute. Then, Burgos was back in on Teasley, backing him up with body shots and lead lefts.

In the fourth, Teasley did a better job of keeping Burgos at the end of his jab. He used distance much better, however, Burgos on occasion was still able to burrow in and get Teasley against the ropes. Teasley nailed Burgos with a furious flurry in the middle of the fourth, his best of the fight.

For a four-round fight, it was nonstop action.