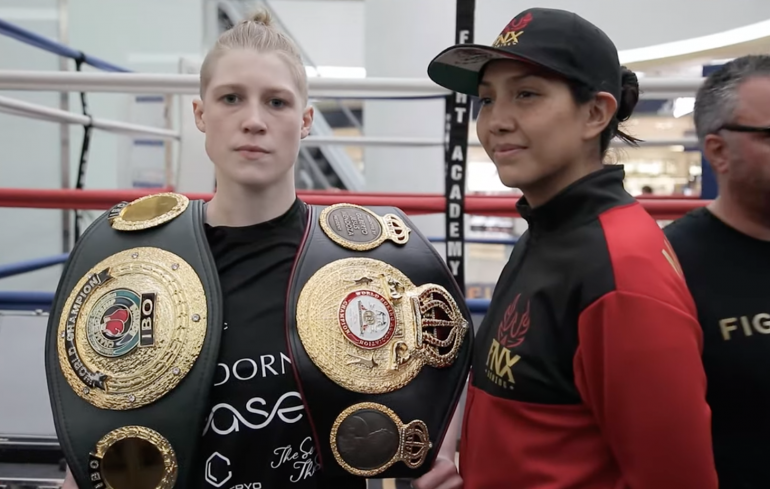 Mexican fighter Alejandra Ayala has been listed in “stable condition” after being hospitalized in Glasgow, Scotland following her fight with Hannah Rankin on Friday.

The 33-year-old Ayala (14-6, 8 knockouts) was stopped with less than a minute left in her ten round challenge of the WBA female junior middleweight titleholder at the SSE Hydro. She was treated by medical staff in the ring before being transported to the hospital, where she underwent an unspecified surgery, a statement from the promoter Dennis Hobson Promotions said.

“We are in touch with Alejandra’s family and management team and offer them our full support. Hannah is aware of the situation and was deeply concerned to learn of her brave opponent’s condition,” read the statement.

Rankin (12-5, 3 KOs) was making the first defense of the world title she had won last November with a unanimous decision over Maria Lindberg in England.

“My thoughts, prayers and good wishes are with Alejandra and her family and team at this time,” said Rankin, 31, in a tweet.

The fight was just the second time that Ayala had been stopped, with the first being her only previous fight in the United Kingdom, when she was stopped in two rounds by Savannah Marshall in 2018.