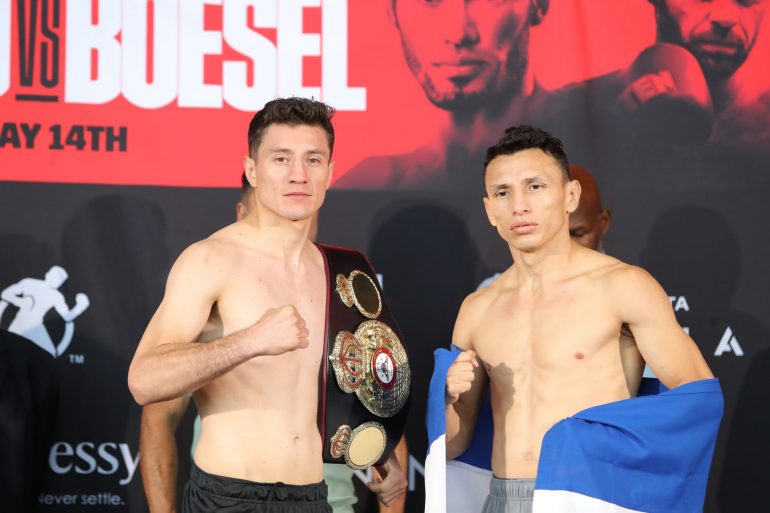 Photo by Tom Hogan/Golden Boy
14
May
by Francisco Salazar

ONTARIO, Calif. – William Zepeda wanted to demonstrate the performance of his last fight was not indicative of who he is as a fighter.

The unbeaten lightweight proved he can still make for action fights and patiently break down his opponent.

Saturday night marked Zepeda’s first fight since February 19, when Zepeda knocked out Luis Viedas. Despite the knockout win, Zepeda stated he did not fight to his best and was too aggressive and reckless in attempting to knock out Viedas.

The southpaw Zepeda was content to stand in the pocket, mixing his attack behind a jab or by throwing lead left hands to the head of Alvarado. Undaunted, Alvarado did find openings where he was able to split Zepeda’s guard by connecting lead and straight right hands to the head.

The fight produced great ebb-and-flow action, particularly in the middle rounds as both traded and connected in the pocket. Zepeda mostly initiated exchanges as Alvarado attempted to counter.

At the end of the sixth round, Alvarado looked tired as his punch output was dropping and he looked winded as he headed back to his corner.

Zepeda was more dominant in the seventh round as he connected more with sweeping right hooks to the head and to the body that further broke down Alvarado and forced him to fight off his back foot.

In the eighth round, Zepeda had Alvarado pinned against the ropes twice, ripping punches to the head and body that prompted the pro-Zepeda crowd at the Toyota Arena to stand in anticipation of a referee stoppage. To his credit, Alvarado was able to use his ring savvy and experience to weather the storm and connect enough to stay in the fight.

Even as the pace of the fight slowed down during the final two rounds, Zepeda was the more-effective fighter, outboxing Alvarado during several exchanges.

The decision win over Alvarado snapped a string of 15 consecutive knockout wins for Zepeda.

Alvarado, who resides in Managua, Nicaragua, drops to 32-12, 21 KOs. He has lost his last four bouts.