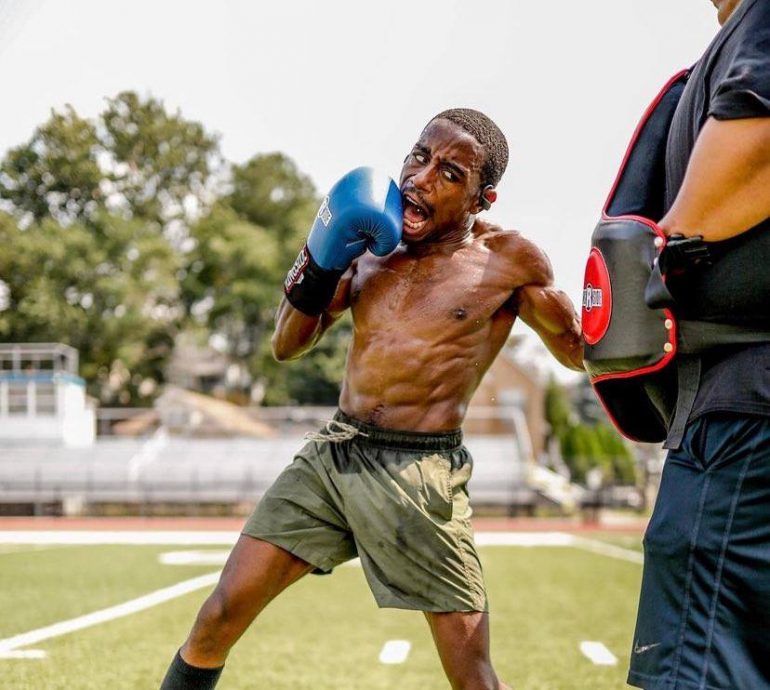 Anthony Johns remembered what it was like watching his New Jersey teammates Raymond Ford and Aadam Ali walking through the airport with the National Golden Gloves championship belt in years past, getting attention and adoration from spectators as they made their way home.

“The sight of them walking through the airport with the belt inspired me. I said, ‘I’m getting that championship,’” remembered the Newark, N.J. native John (2-0, 2 knockouts) of his mindset heading into the 2019 National Golden Gloves.

Johns had fallen just short in years past, losing in the quarterfinals in his first national tournament, and then the semifinals the following year.

He was determined to bring that title home to his father, Anthony Williams, who had made it to the finals of the 1998 National Golden Gloves finals but fell short of the title. Williams, who has trained his son since he was a young boy, was unable to travel to the tournament in Chattanooga, Tenn. after breaking six ribs in a motorcycle accident that week.

That week ended with Johns making the airport walk himself as the 108-pound national champion.

Johns finally gets his homecoming fight, this time as a professional, when he faces Gilberto Duran in a four-round bantamweight fight at the Robert Treat Hotel in Newark, N.J. The bout will be part of a card promoted by Rising Star Promotions, which is headed by pro boxer Thomas “Cornflake” LaManna.

For Johns, 29, finding opponents is often the toughest battle in the sport. In his first two fights, Johns has fought as a flyweight and a junior flyweight, but is stepping up to bantamweight for this bout. He says it’s partially due to the scarcity of smaller opponents in the United States, and to test out the waters at a higher weight class.

Johns is familiar with that struggle, which he’s dealt with since the amateurs. Since turning professional, he’s had three fights fall through, with the most recent being an earlier homecoming bout at the Prudential Center last Christmas failing to materialize.

“That’s what the amateurs get you ready for, the ups and downs of it. Because of my weight it was hard for me to find fights, especially around here. I always had to spar heavier guys but it built the character in me to know that nobody can f—k with me,” said Johns.

For all of its frustrations, boxing is the sport which gave Johns direction in life. Though he’d grown up in the boxing gym, Johns didn’t take the sport seriously until he was 19.

“I decided to lock in and focus on boxing.” 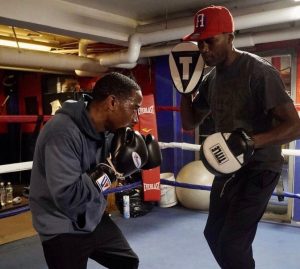 That’s when he embarked on an amateur tear which saw him win five New Jersey Golden Gloves titles and five Diamond Gloves titles.

In addition to his father, Johns also works with another Newark amateur legend, Jerson Ravelo, who has known Johns since he was a young boy accompanying his father to the Red Brick Boxing Gym. Ravelo says Johns is good at following instructions, and has the right mindset to go far in the sport.

“He can punch, he has speed. He listens, which is the most important thing,” said Ravelo, who won the middleweight championship at the same National Golden Gloves where Johns’ father made it to the finals.

Now Johns gets his opportunity to show his hometown fans what he’s made of.